Bolger was appointed to the supreme court by Gov. Sean Parnell in 2013. His retirement will coincide with the end of his three-year term as the chief justice.

Bolger has spoken in defense of the independence of the court system.

He recused himself in March from hearing a case involving the proposed recall of Gov. Mike Dunleavy.

After Dunleavy refused to select a judge from a list submitted by the Alaska Judicial Council, Bolger issued a statement saying that the governor must choose one of the nominees. Dunleavy’s handling of the vacancy later was listed as one of the grounds to recall him.

Bolger is the first person to be appointed to all four levels of the Alaska judiciary. He previously was appointed to the Valdez District Court, Kodiak Superior Court and the Alaska Court of Appeals.

Bolger spent the majority of his professional career in rural Alaska and worked as a volunteer attorney in Dillingham and as an assistant public defender in Utqiagvik.

In his statement, Bolger thanked the judges and court staff for working QUOTE “to provide fair and impartial access to justice” during the COVID-19 pandemic. 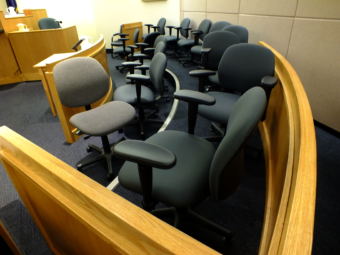 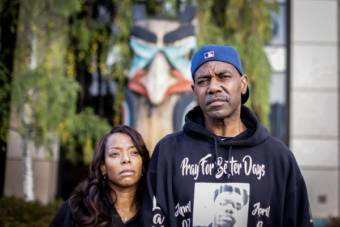 It’s been more than six months since Alaska’s courts suspended jury trials, creating a backlog of cases and leaving some Alaskans waiting in limbo for their day in court. 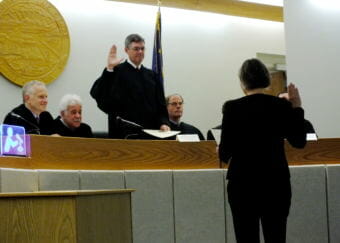 How Alaska decides if a judge can stay on the bench

In some other states, judges run television campaign ads to convince voters to help them keep their seats. That's not the case in Alaska.