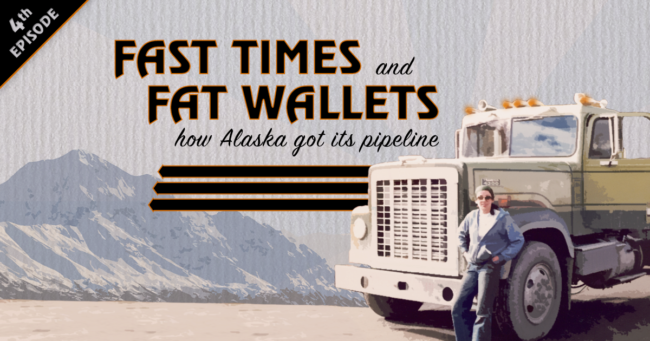 The trans-Alaska pipeline was the largest privately-funded construction project in the world, built across the biggest U.S. state and faced with unprecedented natural obstacles. It came with an $8 billion price tag, but true costs and benefits of the pipeline are still being calculated. 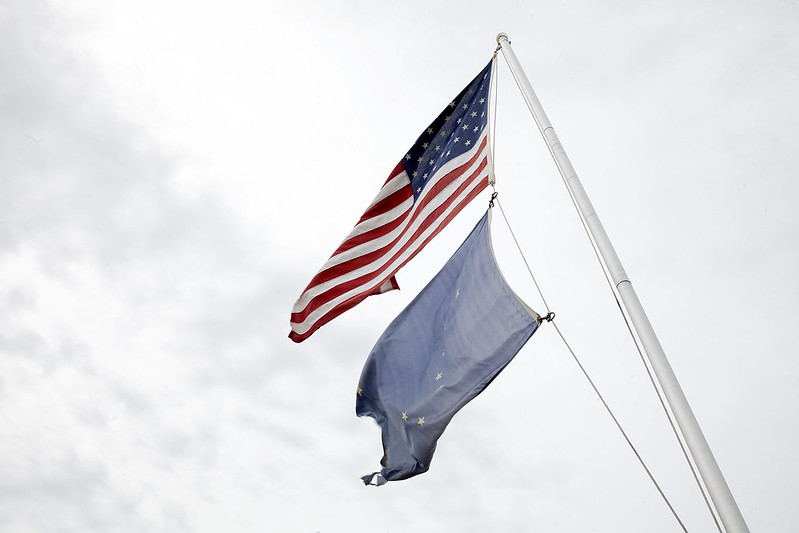 In the spring of 1974, an airplane dropped Dave Haugen at a camp five miles north of the Yukon River, smack dab in the middle of Alaska. His job was to oversee construction of the road that would run along the trans-Alaska pipeline.

Haugen was only on the job a week or two when — on his watch — a bulldozer worth maybe a couple hundred thousand dollars caught fire.

“And I can see my whole career going up literally in smoke,” Haugen said.

Haugen was sure the burning bulldozer spelled the end of his pipeline-building career.  And on any other project, it probably would have. But when he called headquarters to report it…

“I’ll never forget his instructions – he says, ‘well, if it’s in the way, push it over to the side and keep moving.’”

That told Haugen everything he needed to know. “Keep moving” was the message Haugen and everyone else building the pipeline would get every day until it was finished.

Haugen was a project manager for the Alyeska Pipeline Service Company, formed in 1970 by a group of oil companies that had gotten lucky — unbelievably lucky — on Alaska’s North Slope.

Oil was discovered at Prudhoe Bay in 1968. At the time, it was the biggest oil field in North America. Almost immediately, Alyeska laid plans to build a pipeline from Prudhoe Bay to Valdez, a mega-project estimated to cost $900 million.

The oil companies had a crystal clear message for guys like Haugen: Even if the temperatures plummeted, the workers complained or bulldozers burned: keep moving.

“What all of us knew about as managers of the project [was] ‘what we can’t have happen is this cannot slip. You must get this done on time,’” Haugen said.

The standard schedule for the workers was “seven twelves” — seven days a week, twelve hours a day. During Haugen’s first few weeks, he started to feel overwhelmed. The project was so huge he couldn’t keep track of everything that was going on. Haugen decided that if he was going to get through it, he had to come up with a mantra.

“Finally I actually had to sit myself almost literally in the corner and talk to myself and what I came up with was, ‘look, Dave, if you’re going to really survive this, what you’re going to have to recognize is that you can only deal with the things you can deal with.’”

It had to stretch 800 miles, just longer than the distance from New York to Chicago. It had to cross three mountain ranges. It had to survive earthquakes. And it had to traverse hundreds of miles of permafrost — while carrying oil at 180 degrees Fahrenheit . Ultimately, more than half of the pipeline had to be elevated on huge supports.

And that was just the design. They also had to get people to build it.

One of those people was Ben Holeman — he helped move the 93 million cubic yards of earth it took to build the pipeline.

“We were dirt people; we were building pads. We were miners; we were mining gravel,” Holeman said

All these workers were under pressure to work fast, too. Holeman says at one point, he worked 14 weeks straight.

“I was so busy doing my thing that sometimes I didn’t see the world revolving around me. You know, my head was down, my tail was up — but I knew you almost couldn’t fall down because of the amount of people,” he said.

It may have been hard work, but it wasn’t hard to lure people north to work on the pipeline. The rest of the country was in a recession, and the pay was insane. Some welders and truckers were doing so much overtime they were paid well over $1,000 a week: a decent salary in today’s dollars and a windfall in the 1970s.

Ultimately, about 70,000 people came to Alaska to complete the project.

Thanks to Alyeska’s army of workers, six sections of the pipeline were built simultaneously, by five different contractors. At one point, Aleyska’s management started a competition between the contractors, tracking their progress with pictures of jockeys and racehorses on a chart.

Haugen says it was amazingly effective: “It was going at warp speed — the construction was 24 hours a day, seven days a week.”

With everything moving so fast, things inevitably went wrong. At one point, a group of inspectors charged with x-raying the welds in the pipeline couldn’t keep up with the welders — and started faking the x-rays. It was a huge scandal. Alyeska had to dig thousands of holes around already-buried portions of the pipeline to re-inspect the welds.

Another massive obstacle was building the pipeline over Thompson Pass, near Valdez. It was a job that would set a mountaineer’s teeth on edge. They attached cables to the bulldozers — like marionette strings on giant puppets– just to keep them from tumbling down the slope.

Even Mother Nature was no match for Alyeska’s demanding schedule. Planes bombed the mountain pass with coal dust in spring to speed up snow melt. By winter 1976, all 800 miles of pipe were laid, including at Thompson Pass. The project was almost finished.

Stephen Cordova was working in Valdez in 1977 when oil finally started flowing. He could hear the force of it it pushing gas out a vent in the pipe — a vent located right by his bedroom window.

“For a week or better, I heard this vent just psssshhhhhh — just going and going. You go to sleep and listen to this thing, all night long,” Cordova said. “And then all of a sudden, in the middle of the night, it goes shhhhht! And I just woke up and I go, ‘huh, oil’s in!’”

It was around 11 p.m. on Thursday, July 28. Cordova reacted to the pipeline’s first oil like a kid waking up at Christmas:

“I got dressed really quick, grabbed a gallon jug, ran up to the meter station. Sure enough, here comes the oil! I asked, ‘can I have a gallon?’ They went, ‘yeah!’ So I got one of the gallons of the first crude that came down the pipeline.”

When the first oil flowed down from Prudhoe Bay to Valdez, the flat line of the state’s economy picked up a pulse — of jobs and money for roads and towns and schools.

But the pipeline’s completion also came with controversy. Building it in three years didn’t come cheap. The final cost? A whopping $8 billion — more than $7 billion more than the oil companies’ original estimate. And for years after it was finished, the state of Alaska and the oil companies battled over whether getting the pipeline done so quickly was worth the money it took to pull it off.