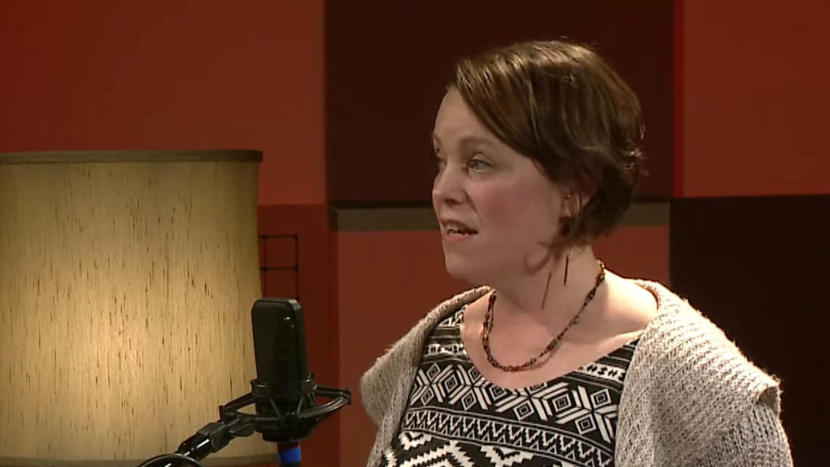 Recorded on November 13, 2015, Writers’ Showcase: Ingenuity takes us all over Alaska from a floating house on the tumultuous waters of southeast, to a ragtag group of kids navigating their lives in rural Kenai.

Donnie Gott is a lifelong Alaskan born in Ketchikan. She currently lives, works, performs and plays in Juneau.

Melinda Moustakis was born in Fairbanks, Alaska and grew up in California. She is the author of Bear Down, Bear North: Alaska Stories, which won the Flannery O’Connor Award, the Maurice Prize, and was a 5 Under 35 selection by the National Book Foundation. She holds a MA from University of California, Davis and a PhD from Western Michigan University.

Ed Sasser is a dedicated teardrop trailer camper and boatbuilder. He has written hundreds of articles for outdoor, military and boating magazines and newspapers. He lives on Douglas Island, Alaska with his spouse of 43 years and travels the desert southwest much of the winter.

Brandon Demery is a director, actor, and teacher of theatre. He has been a company member of Perseverance Theatre since moving to Juneau in October of 2006. Notable productions include Othello, Noises Off, The Who’s Tommy, Equus, Much Ado About Nothing, Wittenberg, Boom! and last season’s God of Carnage, and Boeing Boeing. He has worked at the Long Wharf Theater, the Kennedy Center, the Philadelphia Theater Company, Hartford Stage, the Shakespeare Theater, and in NYC at Red Bull Theater, Manhattan Ensemble Theater, and the Variety Arts Theater in Elaine May’s Adult Entertainment with Danny Aiello and Jeannie Berlin, directed by Stanley Donen at Perseverance. He is a Rasmussen grant recipient and a graduate of The Juilliard School.

Frank Henry Kaash Katasse was born and raised in Southeast Alaska. He majored in theatre at the University of Hawaii: Manoa. With his wife Stacy, they have two adorable kids, Kaash and Autumn. He is President of Juneau Douglas Little Theatre, performs with different companies around Juneau, and has written, produced, and directed plays.

Vivian Faith Prescott is fifth generation Alaskan born and raised in Wrangell, Alaska. She lives at Mickey’s fishcamp in Wrangell and part-time in Sitka. Vivian is married to poet Howie Martindale and together they have six children, seventeen grandchildren and one great-grandchild. She is of Sámi, Irish, and Norwegian descent (among others). Her children are Raven of the T’akdeintaan clan/Snail House. She’s a founding member of Blue Canoe Writers in Sitka and Wrangell. She’s the author of a full length poetry collection and two poetry chapbooks. Vivian’s linked story collection, The Dead go to Seattle, is forthcoming from Boreal Books.

John Straley, a retired criminal investigator for the state of Alaska, lives in Sitka with his son and wife, a marine biologist who studies whales. He is the Shamus Award-winning author of The Curious Eat Themselves, The Woman Who Married a Bear, and The Big Both Ways, and was appointed the Writer Laureate of Alaska in 2006.