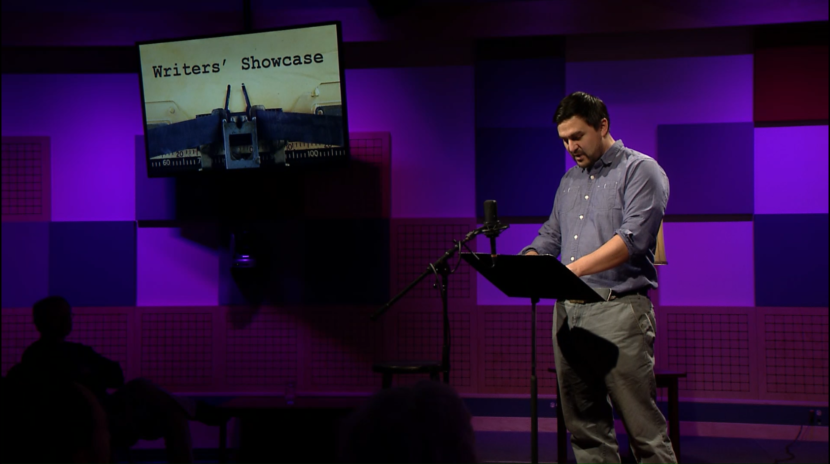 On this Writers’ Showcase, our writers and actors take us from a bar stool at Darwin’s in Anchorage, to a wolf hunt near the village of Selawick, and we hear a meditation on the sometimes transient nature of our state’s inhabitants.

Like many Alaskan transplants, Ray Friedlander thought her three-month stint in Alaska during the summer of 2012 would be it, and here she finds herself almost five years later, in it for the long haul. She has, however, witnessed other people leave and come back, leave, and come back, or stay away for good, and felt inspired to write a piece that contemplates not only the commitment we have to Alaska, but the one Alaska maintains within us. For good.

Stephen D. Bolen is Inupiaq and he is from Kotzebue, Alaska. He writes daily and is a student at the University of Alaska, Anchorage pursuing degrees in English, Psychology, and Philosophy. He aspires to be a published poet, essayist, and novelist.

Jake Waid is happy to be working with this fine group of artists. He has also performed with Fairbanks Shakespeare Theatre, Working Class Theatre, Notre Dame Shakespeare Festival, and Shakespeare and Company with whom played Horatio in the national tour of their critically acclaimed production of Hamlet. He has also played the title role in Perseverance Theatre’s touring production of Macbeth, which culminated with a two-week run at the Smithsonian National Museum of the American Indian. The play was translated into the language of his Tlingit tribe, a language only spoken now by about 300 Tlingit elders. Mr. Waid’s film credits include Lou in Cortez, Ezra in Now, In The Kingdom, and Kelvin in Feels Good. He studied at Cornish College, and Freehold Actors Studio.

Alyse Knorr is the author of Copper Mother (Switchback Books, forthcoming), Annotated Glass (Furniture Press Books, 2013), and Alternates (dancing girl press 2014). Her work has appeared or is forthcoming in Denver Quarterly, Hayden’s Ferry Review, ZYZZYVA, Columbia Poetry Journal, The Greensboro Review, and The Southern Poetry Anthology (Texas Review Press, 2012), among others. She received her MFA from George Mason University. She serves as a founding co-editor of Gazing Grain Press and teaches at the University of Alaska Anchorage.

Donnie Gott is a lifelong Alaskan born in Ketchikan. She currently lives, works, performs and plays in Juneau.