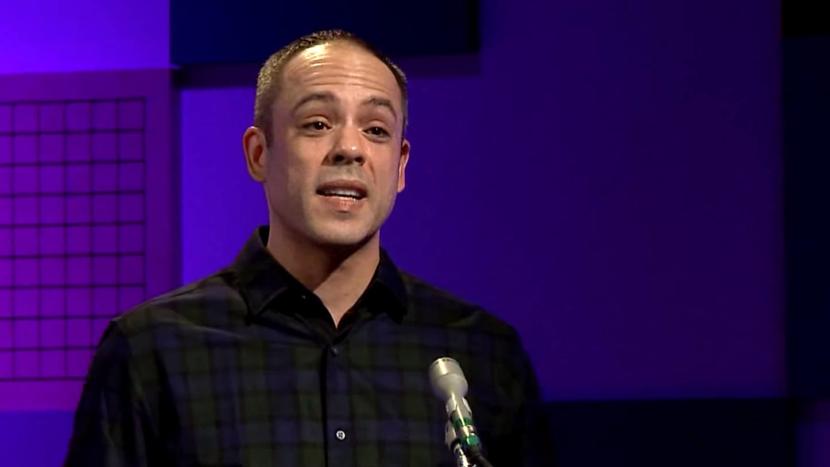 Rich Chiappone is a 32 year Alaskan, whose writing has appeared in national magazines including Alaska Magazine, the Sun, Playboy, and Gray’s Sporting Journal. He teaches in the MFA program at University of Alaska Anchorage, and at the Kachemak Bay campus of the Kenai Peninsula College. One of his stories has been made into an award winning short film, and others have been read on the BBC Radio. He lives in Anchor Point, AK with his wife and cats.

Brandon Demery is a director, actor, and teacher of theatre. Most recently Brandon has just completed directing his first opera for Opera To Go entitled “Bennu” composed by Rory Merritt Stitt. He has been a company member of Perseverance Theatre since moving to Juneau in October of 2006. Notable productions include “Noises Off,” “The Who’s Tommy,” “Equus,” “Much Ado About Nothing,” “Wittenberg,” “Boom!” and in this season’s “God of Carnage.” Late this March he will begin rehearsals for “Boeing Boeing,” the final production for the 2013-2014 season. He has worked at the Long Wharf Theater, the Kennedy Center, the Philadelphia Theater Company, Hartford Stage, the Shakespeare Theater, and in NYC at Red Bull Theater, Manhattan Ensemble Theater, and the Variety Arts Theater in Elaine May’s “Adult Entertainment” with Danny Aiello and Jeannie Berlin, directed by Stanley Donen. At Perseverance Theatre he has directed “Leading Ladies,” “Circle Mirror Transformation,” “A Question of Mercy,” and the Young Company’s “The General Dilemma,” which he also wrote. He is a graduate of The Juilliard School.

Sherry Simpson grew up in Juneau, spent many cold years in Fairbanks, and now lives in Anchorage. She teaches in the low-residency MFA programs at the University of Alaska Anchorage and Pacific Lutheran University. She is the author of two essay collections, “The Way Winter Comes” and “The Accidental Explorer,” and most recently, “The Dominion of Bears.” To learn more, visit her website: www.sherrysimpson.net

Christina Apathy grew up on the Gulf Coast of Florida, lived in NYC’s West Village and has called Juneau home for the past 7 years. She is a theatre artist, independent producer, singer, classical actress and dialect coach. Christina is the recipient of a national TCG Fox Fellowship award for resident actors and this past November accepted Perseverance Theatre’s Bishop Michael Kenny award for artistic collaboration.

Tim Lash grew up in Virginia in a house with 10 younger brothers and sisters. Their names are Michelle, Deborah, Rebekah, Josiah, Jacob, Nathanael, Abigail, Marianna, Elijah, and Ezra. He was homeschooled through 12th grade. His writing has appeared in numerous places including the Washington Post and Perseverance Theater. He recently received an MFA in the low-residency program at the University of Alaska Anchorage. He lives in Juneau.

Corin Hughes-Skandijs has been a resident of Juneau for the past 9 years, originally hailing from the old woods of West Virginia. He is a writer and director of short films, sometimes actor with Perseverance Theatre, and a self-proclaimed musician at heart.

Greg Capito came to Alaska in the late 1960’s as a college student and then stayed a while. He lives in Juneau.

Roblin Gray Davis is a lifelong Alaskan performing artist born in Anchorage and currently living in Juneau. He is a founding member of Strange Attractor Theatre Co., works with Perseverance Theatre, has taught at the Sitka Fine Arts Camp and with the State Council on the Arts for over 15 years, and earned an MFA in Devised Theatre at the London Int’l School for the Performing Arts.