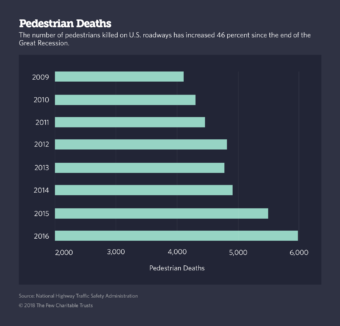 The number of pedestrians killed on U.S. roadways is up — by a lot. Nearly 6,000 pedestrians were killed in 2016, up from 4,100 in 2009 and the highest toll since 1990, according to the Governors Highway Safety Administration. The number of deaths held steady between 2016 and 2017 — but that was cold comfort. 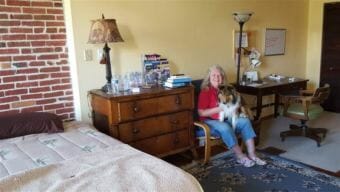 Some big cities, such as New York, saw the short-term rentals as a threat to the rental market based on long-term leases, as well as to traditional hotels. New York last year allocated extra funding to enforce a state law restricting rentals for fewer than 30 days unless the host is present and there are no more than two guests. 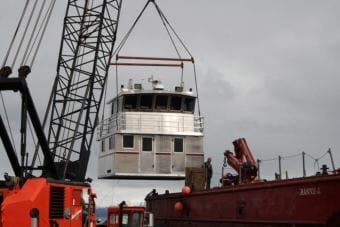 Manufacturers that operate in foreign trade zones may be able to evade President Donald Trump’s new tariffs on steel and aluminum imports, trade experts say. But there are a lot of unanswered questions about how the tariffs — which were justified on rarely-used national security grounds — will be applied in zones. 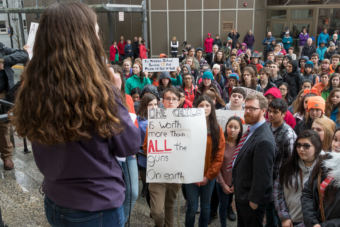 States across the country are responding to high-profile school shootings and rising teen suicide rates by creating tip lines. The programs aim to prevent young people from behaving dangerously, whether that means bullying, using drugs or killing someone.

In the wake of the Las Vegas concert massacre last fall, lawmakers in at least 30 states introduced legislation to ban “bump stocks,” which convert semiautomatic guns into automatic weapons and which were used by the gunman. Only two of the bills passed. 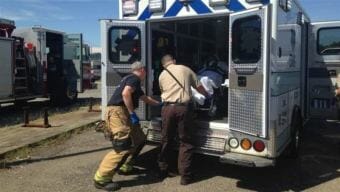 New provisional data released this month by the Centers for Disease Control and Prevention shows that drug overdose deaths declined in 14 states during the 12-month period that ended July 2017, a potentially hopeful sign that policies aimed at curbing the death toll may be working. 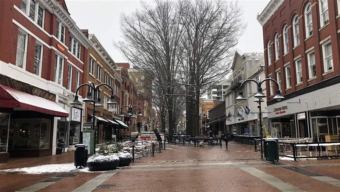 Nationwide, premiums for average-priced policies — according to a Kaiser Family Foundation analysis — offered on and off the health insurance exchanges created under the Affordable Care Act rose by more than a third compared with 2017. 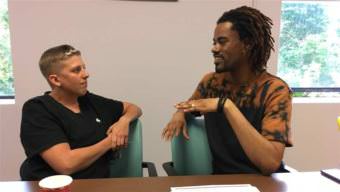 Nationwide, tens of thousands of opioid overdose victims have been saved over the last two decades by first responders, friends, family and bystanders who administered naloxone, an opioid overdose antidote. 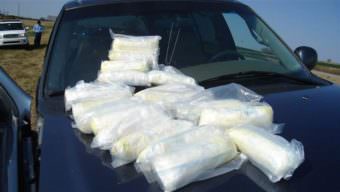 The opioid epidemic has killed tens of thousands over the past two years and driven major reforms in state and local law enforcement and public health policies for people with addiction. But another deadly but popular drug, methamphetamine, also has been surging in many parts of the country. And federal officials say that, based on…

A bland, one-paragraph item that appeared this fall in a lightly read weekly newsletter from the city manager in Pasadena, California, has set off a firestorm in the online entertainment industry and in cities and states around the country. The issue: a plan to impose taxes on video streaming services like Hulu and Netflix.