Thousands of Alaskans have been waiting without food stamps for months due to a backlog in the Division of Public Assistance.

In December, Health Commissioner Heidi Hedberg said the backlog was caused by a 2021 cyberattack and a huge influx of paperwork after the state ended its public health emergency. But sources inside and outside the division say the problem goes back much further. They blame the backlog on chronic understaffing and say deep workforce cuts in 2021 sent the division into chaos.

Many of the thousands of Alaskans who rely on assistance say they’re desperate for relief. State workers say they have been harassed and even threatened with violence, making them feel unsafe at work.

KTOO spoke with two employees within the Division of Public Assistance who say mismanagement and short staffing are behind the months-long backlog for food stamps. They say this is a systemic issue that’s gone unaddressed for years. Their accounts are corroborated by union officials, case managers, and social workers at Providence Medical Center.

KTOO is not using their names because they fear they could lose their jobs for speaking out.

“We’ve been in a backlog for years,” said one state eligibility worker, who agreed to be quoted. Eligibility workers process paperwork for benefits like food stamps and Medicaid for the Division of Public Assistance. “This is not just the COVID thing ending. We have asked for help, and they ignored us.”

Alaskans are paying for budget cuts

The eligibility employee said workloads got too high after the Dunleavy administration cut more than 100 jobs from the Division of Public Assistance in 2021, leaving offices short-staffed.

But the state had been warned before that was a bad idea.

First, in 2018, when the state ombudsman’s office investigated the Division of Public Assistance for similar backlog problems and recommended they increase staff. When the state followed that advice, complaints dropped significantly.

Then, in 2021 budget meetings, the Food Bank of Alaska asked the state to reconsider the cuts because it foresaw this very problem.

Cara Durr with the food bank warned the legislature that pandemic waivers cut down on how much work it takes to get Alaskans their benefits, but that the work would return when those waivers ended.

“We saw a first-hand example of how this played out from September – December last year when we opted not to renew these key waivers, and the result was dramatic increases in application times,” she wrote.

The state cut the jobs anyway.

There weren’t layoffs, according to Hedberg, the health commissioner. Instead, the posts were allowed to empty by attrition.

According to union numbers, the division’s workforce has shrunk by more than 60 employees since the beginning of 2021.

“The director said it would be fine, but it doubled my workload. I’ve had to work a hundred hours of overtime a month,” the anonymous eligibility worker said.

Most recipients didn’t notice right away because the pandemic waivers meant the state didn’t have to re-certify people who received food stamps. That flexibility masked the division’s staffing problems at first, but they came to light when Alaskans had to refile their paperwork after the state’s public health emergency lifted this summer.

“It was the straw that broke the camel’s back,” the eligibility worker said.

Wait times ballooned over the summer, and Alaskans who depend on food stamps began to go months without aid.

The situation has gotten so bad that eligibility workers say Alaskans who need aid have threatened them in grocery stores, found their personal cell phone numbers, and harassed them online. They say they’re fearful for their safety at work.

“They’re desperate,” the eligibility worker said. “They’re crying on the phone because their children are starving. This is the worst I’ve ever seen it.”

It’s not just food stamps that are affected by short-staffing. Medicaid recipients are having a hard time getting approved as well.

“Unfortunately, it’s the elderly and the marginalized in our communities that don’t have a voice or don’t have a great representation,” said Heidi Young, who owns Island Health, a care center in Southeast Alaska. She works to get Medicaid for clients across the state.

“I just think that it’s high time that the Feds need to step in and issue emergency orders for Alaskans,” she said, referring to the kind of waivers the state government allowed during the pandemic. “Waiting for months for your Medicaid case, or your food stamp case — it’s just not acceptable.”

Young said some of her clients now have to choose between paying for medication or buying food. She said some people can’t get Medicaid forms approved after a hospital stay, so they get stuck there — without Medicaid approval they cannot be discharged to lower levels of care, like nursing homes.

Young said she doesn’t understand why the state doesn’t extend emergency benefits while it gets the backlog under control.

“The legislature has been aware of this, and the Commissioner of Health and Social Services has been made aware of this on multiple occasions, and they keep passing the buck,” Young said, clarifying that she meant both former Commissioner Adam Crum and Health Commissioner Heidi Hedberg. “I just think Alaskans need more support than that.”

Eligibility workers and their union described stress in the public assistance offices that’s led to dozens of resignations.

“It’s not the employees there that’s created the backlog,”said Interim Executive Director MaryAnn Ganacias. “They’re doing all they can.”

Ganacias said her members complain that the department is understaffed and they aren’t adequately compensated. But lately her primary concern is for worker safety.

“Having them being yelled at and harassed by the clients is kind of a normal thing, but it’s escalated,” she said. She said the union asked for guards and bullet-proof glass at public assistance offices as precautions.

Suzan Hartlieb works for the union and is on a special committee for Division of Public Assistance members.

Hartlieb said there was an incident at the Juneau public assistance office last week where a client yelled at eligibility workers and threatened to bring a gun. The state has banned that person from all state offices, according to Commissioner Heidi Hedberg.

Hartlieb also said that back in October, an assault on a worker at the University Center in Anchorage was serious enough to require emergency medical attention.

Commissioner Hedberg said some offices do have security and the state is considering additional safety measures, but Ganacias said the state has not yet fulfilled the union’s requests for safety improvements.

To ease the burden on current employees and get Alaskans their overdue benefits, the state said it’s onboarding about 30 new workers. Ganacias is skeptical that will bring Alaskans the relief they need. She wants to know how the state plans to retain those workers when so many have already quit because of problems she said the state hasn’t fixed.

“Are they going to stick around if they don’t feel safe?” she asked.

Are you waiting for medicaid, burial assistance or heating assistance from the state? KTOO wants to hear from you. Send a message to reporter Claire Stremple using this form: 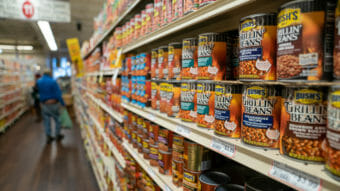 Hedberg says the department is hiring more people to process pending applications, but it will likely be months before hungry households have relief. 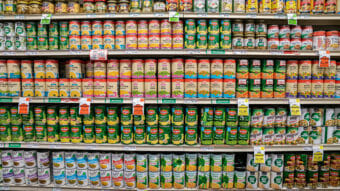 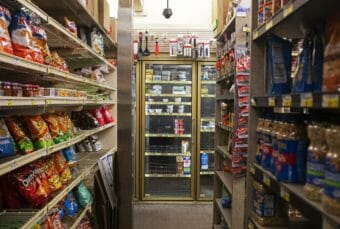 All told, some 97,000 Alaskans, among 56,000 households, were receiving SNAP benefits in April and are set to lose some amount of benefits come September.