The Shublik Mountains stretch parallel to Alaska’s Arctic coast, with rocky ridges surrendering to miles and miles of North Slope tundra. Talus and boulder fields, as well as occasional short willows, cover the stark landscape, but tucked in between slopes is a glacier — one that, as it turns out, is not marked on a map and is the northernmost in the country.

“Here, in 2022, when it feels like everything has already been discovered, there’s a glacier that doesn’t show up anywhere,” said Zachary Sheldon, who owns Alaska Guide Co. based in Valdez. He was the first person to identify that the glacier wasn’t recorded on a map. “I’m a bit of a glacier nut so it excites me,” he said.

Located at 69.50912, -145.51683, the glacier is 30 miles from the coast and 10 miles northwest of the Brooks Range. According to a USGS publication, glaciers in Alaska haven’t been found north of Brooks Range.

“It is the northernmost glacier in the U.S.,” said U.S. Geological Survey glaciologist Louis Sass. “It isn’t registered or recorded.”

The glacier is around 1/10 of a square mile — or between 50 and 60 acres, said Matthew Sturm, a geophysics professor with the University of Alaska Fairbanks’ Geophysical Institute and the leader of its Snow-Ice-Permafrost Group. Being so small, the glacier is at high risk of disappearing.

“Throughout the world, the smallest glaciers are disappearing due to climate change,” Sturm said. “And here’s this little glacier way up north. … When they were counting the kids in the classroom they forgot to count this little guy.

“It’s just nice to know it hasn’t melted away.”

When Sheldon moved to Alaska 15 years ago, he came across the Dictionary of Alaska Place Names, which lists features of the state’s landscape. About 13 years ago, Sheldon started putting all locations from the book into a digital database to catalog the geography of Alaska. Today, the 40-year-old wilderness guide is still working on the same database. He also built a map showing the names of slope runs, the ratings of ice climbs and other details useful to outdoor enthusiasts who want to quickly get a sense of the area.

Last month, Sheldon was tracing the outlines of glaciers so he could have an accurate glacier layer on his map. He was looking at the glacier database and the satellite images from far out. Then he would take a closer look — and that’s how he found the glacier up north.

Sheldon checked the GLIMS Glacier Database, or the Global Land Ice Measurements from Space, as well as the USGS database and topographic maps but found no record of the glacier.

“This glacier doesn’t exist anywhere, which is what caught me,” Sheldon said.

In the early 2000s, glaciers in this area of the Shublik Mountains were added to the Randolph Glacier Inventory, a global database of glacier outlines, said Sass with USGS. The process relied on fairly coarse satellite imagery, and small features the size of the glacier found by Sheldon show up as 15 by 30 pixels.

“We don’t have the ability to manually verify that the inventory is correct or complete,” Sass said. “This means that the existing inventory is likely missing hundreds or even thousands of glaciers, and likewise, it may be including many features that are not actual glaciers or that are no longer glaciers.”

An effort is underway to improve the global database of glaciers using the higher-resolution satellite images available now, Sass said. However, with such a high volume of data, it isn’t really possible to add a single outline to the existing inventories.

‘We know it’s a glacier’

Located this far north, the glacier is probably covered with snow most of the year, so it could have been easy to confuse it with a snowfield, Sheldon said. But the satellite image clearly shows the formation’s glacial features.

“The snowfield doesn’t move,” he said. “It changes size, year to year, but it’s just there — there’s no internal flow — whereas glaciers are flowing.”

A satellite image, most likely taken in late summer, shows the lines in the ice of the glacier, indicative of flow, Sturm said.

“The metamorphism of the ice creates foliation like the pages of a book, so we know it’s a glacier,” Sturm said. “If you walked up that thing, you can be walking on what felt like rock most of the way, then you’d walk on glacier ice, then you get to the seedy upper end of it and it’d be snow.”

The northernmost glacier in the U.S.

What makes the glacier discovery even more exciting to Sheldon is that it’s so far north. While glaciers are not uncommon at much higher latitudes — for example, in Greenland or in Canada — those northern formations are typically surrounded by water that helps them get new snow, Sheldon said.

“This is an interesting glacier because it’s neither high nor in a place where there’s a lot of snow,” Sturm said.

But glaciers in the Brooks Range — and north of it — are different from the glaciers farther south in Alaska, Sass said. None of them get much precipitation in the winter, but in summer, the conditions can be fairly wet. And the Saddlerochit and Shublik ranges stick farther north and get slightly more precipitation than ranges farther east, Sass said.

“In the late summer, once the sea ice is out, the north slope of the Brooks Range can be very wet,” he said. “The determining factor for glacier existence up there is whether or not that late summer precipitation falls as snow or rain. That is mostly determined by elevation. That particular feature is only at 4,500 feet, but that is high enough when you are that far north.”

After his finding, Sheldon added the glacier to his map, labeling it as “Northernmost.” He contacted GLIMS, suggesting adding it to their database, but he shared a sense of urgency to do more — for example, to photograph the glacier this summer and take a core sample from it to get it dated. 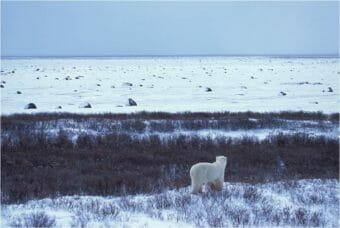 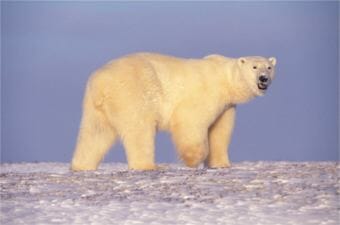 According to initial accounts, a polar bear came to the village and chased several residents, troopers said. 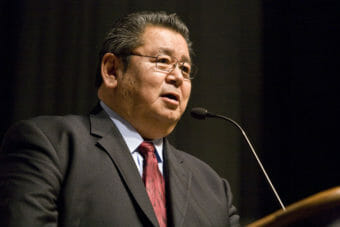 Leavitt was a whaling captain and a cultural beacon for his people, fluent in Inupiaq and known for his ability to make skin whaling boats without a blueprint.