The Tour de France is arguably competitive cycling’s most famous race. The men’s tour is an almost month-long event that winds through the French countryside every July.

However, most people might not be as familiar with the women’s tour. That’s because this year was the first time in over three decades that women have competed.

While the men’s Tour de France is a several-week event with over 21 stages, the women’s course is scaled down in comparison, with eight legs stages.

Homer-grown cyclist Kristen Faulkner, who participated in her first Tour de France last month, believes there are several reasons for that.

“I think the organizers still have kind of this traditional mentality in Europe, that women can’t do as much as men,” she said. “I think the second factor is the finances that are required in the upfront investment. And right now they’re not willing to invest so much in women’s cycling until they know that there’s actually people willing to watch it.”

Although she was athletic, she said cycling wasn’t on her radar. The then 23-year-old had just finished college at Harvard, where she majored in computer science. While in school, she broke records for rowing and held the school’s best time for indoor rowing in her weight class.

Before that, Faulkner said her cycling experience was limited to riding her bike down the Homer Spit after swim practice to help her family with housekeeping work, more than a decade ago. Her parents, John and Sara Faulkner own and operate Lands Ends Resort, a year-round hotel and restaurant at the tip of the Homer Spit.

It wasn’t until she took a class on cycling in New York City in 2016 that she fell in love with the competitive sport for both its individual and team components.

“Cycling is both a race and also a game,” Faulkner said. “You have the effect of drafting, which is when you ride right behind your teammate, and you’re able to save energy, because you’re not in the wind the whole time. And so teams use this dynamic. If you’re the sprinter, your teammate will go right in front of you, and kind of ride in front of you until the finish, and then at the very last minute sprint around them. And so that teamwork plays a big role in how riders race.”

Twenty-nine-year-old Faulkner says she had high hopes going into the Tour de France last month. The French race is one of three major stage races that make up what’s called “The Grand Tour,” which she’s hoping to complete. Faulkner already competed in one, the Giro Rosa d’Italia, successfully in early July.

During the Giro Rosa, she said she won two out of the 10 stages and also got to wear the coveted polka-dot jersey. It’s given to the strongest climber in the race, known as “The Queen of the Mountain.” But then, just before the Tour de France, Faulkner got sick.

“[The Giro Rosa] was one of my best races all year,” she said. “I was just really excited going into the Tour de France, [thinking] I might actually have a shot again on the podium or even winning. And then the day after the Giro, I came home and I tested positive for COVID. And I had COVID for the next 11 or 12 days. I tested negative the very last day that I was allowed to test negative and be able to race for the tour.”

But COVID wasn’t the only challenge, she said.

“So there were three crashes that happened right in front of me and there was really no way I could avoid them,” she said. “There were really big piles of crashes. And I have a lot of road rash on my legs and I hit my elbow and so it was really hard on my body. I actually didn’t know if I was gonna be able to finish the race.”

But she did finish.

Faulkner says she’s hopeful for two upcoming stage races later this summer and for the World Cycling Championships in September.

Faulkner said she plans on racing in next year’s Tour and hopes to make it to the podium this time. She said she’s hopeful for the future of women in the sport and wants more people to participate in cycling. 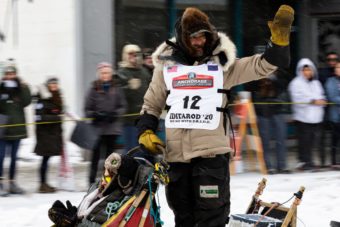 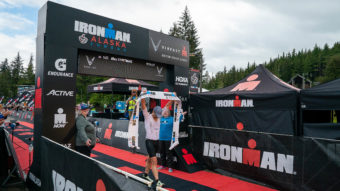 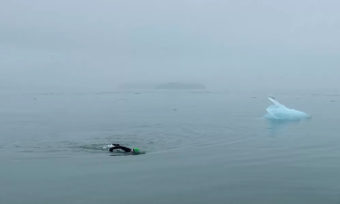