Michael Betts is a village public safety officer for the community of Hydaburg on Prince of Wales Island. Under the fluorescent lights of a classroom, he knelt in front of a life-sized dummy that he was told was overdosing on opioids.

“Hey man,” he said, giving the dummy a shake. “He’s not breathing.”

Betts quickly unwrapped a package of naloxone nasal spray, stuck it in the dummy’s nose and sprayed.

“You’re always going to want to call 911 once you administer that Narcan,” a trainer from the fire department tells him. “When it kicks in, they’re going to go into immediate withdrawals.”

Betts is the only first responder who lives in the community of 400 people. He said he knows a lot of opioids are trafficked into Hydaburg and then distributed to the rest of Prince of Wales Island, but he hasn’t had to resuscitate a real person with naloxone yet.

“Everybody probably has Narcan in their purse, in their glove box, somewhere in their house in a drawer,” Betts said. “A lot of times we don’t even get called. We hear about it the next day.”

Betts and eight other people came to Juneau to take part in an opioid overdose response course offered by Central Council of Tlingit and Haida Indian Tribes of Alaska with funds from a federal grant. The classroom role play is meant to prepare him and other VPSOs for an overdose situation, where they’re likely to be the first person on the scene.

Jason Wilson runs the public safety department for the Central Council of Tlingit and Haida. He says VPSOs are the definition of first responders.

The Central Council of Tlingit and Haida runs the VPSO program for the Southeast Alaska communities of Kake, Angoon, Pelican, Saxman, Hydaburg, Thorne Bay and Kasaan.

“Being able to respond to overdoses is really important to the Tribe, and in our communities. So we’re pretty excited about this,” Wilson said.

They’re not just learning how to treat a health emergency; they’re also learning how to police narcotics. One of the instructors Central Council brought in is Chris Cuestas, a former police detective and a national drug expert.

He said Alaska is seeing a peak in opioids, especially fentanyl, and that the state has the same distribution patterns and the same underground market network of narcotics as he sees nationwide.

“The challenge is how do we minimize their influence in communities and villages in Alaska,” he said.

That’s a challenge because these remote communities are small and have few law enforcement resources. But Cuestas said it’s also a strength. He thinks the VPSO program is ahead of the national curve because individual officers  have so many roles.

He said that’s the direction he expects a lot of law enforcement agencies in the Lower 48 to take. 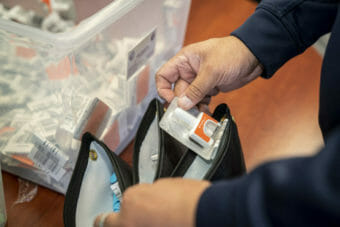 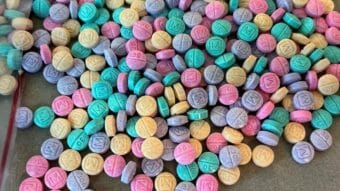 Is 'rainbow fentanyl' a threat to your kids this Halloween? Experts say no

The Drug Enforcement Administration is warning that drug dealers are marketing rainbow-colored fentanyl to kids. Many drug experts say that's likely not happening.