Each week during the summer, subsistence users and managers up and down the Yukon meet on a teleconference to share fish news and reports. On last week’s call, Anvik First Chief Robert Walker said that people are hanging on by a thread.

“These people are running out of food, basically,” Walker said.

That’s because there’s not much food swimming up the river. As the summer salmon runs finish up, counts are once again at record lows. Chinook runs had been dwindling for years, but last year the region suffered an unexpected chum salmon crash, too. Now, no one has been able to subsistence fish for either species in two years.

When the chum ran abundantly, they provided subsistence users with a buffer zone against the low chinook counts. With that buffer gone, salmon conservation scientist Peter Westley said that the record low chinook run has become glaringly obvious.

He said that last year, he was optimistic chinook could bounce back. This year, he’s not so sure.

“I thought all these things, like, if we did X, Y, and Z, they’ll come back. I think I might be wrong. It’s a collapse. I mean, it’s heartbreaking,” said Westley.

The Yukon River is not the only river system with low chinook runs. Other parts of the state are suffering low runs, too. The state says that Bristol Bay is likely having some of its lowest chinook runs yet, and the Kenai River is also set to miss its escapement goal. Most scientists point to something in the ocean causing the low chinook runs.

“We’re spending more money on food than we ever did before because we don’t have that bump of salmon to ease the price,” said Anvik’s First Chief Robert Walker.

Walker said that they’re having to rely on government subsidies.

Walker said that people are not the only species being impacted by the low runs.

“Since there’s no fish coming up the Anvik River, we had grizzly bears coming through our dump. This is really early. It doesn’t usually happen until October,” Walker said.

Normally this time of year, bears would be filling their bellies with river fish, and people would be preparing for the fall chum run. But that won’t be an option this year either.

“We’re looking at a critically low fall chum run again this year,” said Christie Gleason, the fall manager from the Alaska Department of Fish and Game, who said she expects subsistence fishing for fall chum will remain closed on the whole Yukon for the second season in a row.

Gleason said that fall chum have begun to enter the river, and they expect to start seeing coho salmon in a few weeks. Last year was the worst year on record for coho salmon on the Yukon too, so this year the department has implemented a new project to try to understand that crash. They’ll begin radio tagging coho salmon in August to track their movements up the river.

In a bit of good news, Basil Larson from Russian Mission reported that the pink salmon run is strong this year.

“The humpies are running pretty thick. I get probably 50 of them in no time,” Larson said.

Plus, he said, there’s an odor that makes him think the chum may, at least, be reproducing well.

“The mud is pretty stink, which kind of indicates that there’s some local spawners in the creeks,” Larson said. 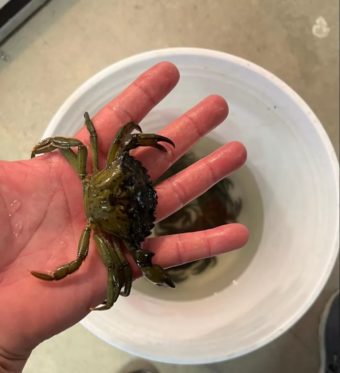 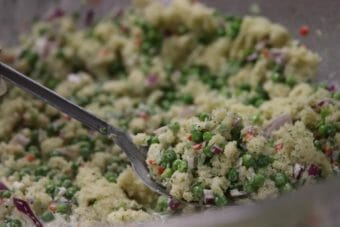 An estimated 87% of eggs harvested out of Sitka are given away. 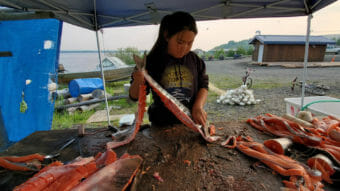