A CLIFF NORTH OF LITUYA BAY — Dan Mann hands me a clump of orange dirt the size of an almond. He instructs me to put it in my mouth.

“What’s it taste like? Does it crunch? Ash crunches because there’s glass fragments in it.”

As I spit out the grit, I realize that date doesn’t mean much to me. But it means a lot to Mann, a University of Alaska Fairbanks researcher who looks at landscapes and sees what they were thousands of years ago.

I have admired Dan for years, especially when he is off trading Alaska’s winter for New Zealand’s summer or when I have sat in on a class he teaches. I’m glad to finally be out in the field with him. Especially here, in his place, one of the most dynamic areas of an ever-changing state.

Mann, a few years older than me, moves through the woods like a bear and knows this rugged part of the outer coast of Glacier Bay National Park better than anyone. 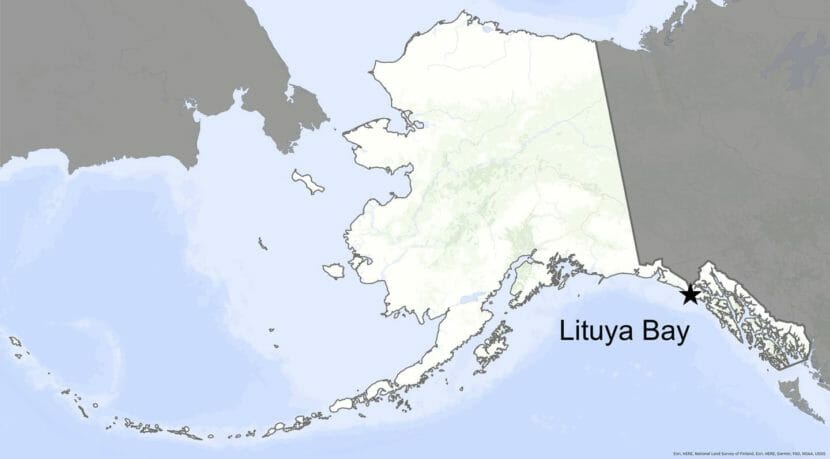 He is a Quaternary Period geologist, and also a forester and entomologist and someone who can answer pretty much any ecological question you would ask of this wild place. He is tall as a grizzly standing up, has long legs that propel him across the beach faster than I can walk, and makes decisions fast.

The Outer Coast isn’t Mann’s only gig. Each summer, he travels to a favorite river on the North Slope where he and UAF’s Pam Groves have found thousands of bones of mammoth, steppe bison and Pleistocene horses. He teaches UAF classes on climate change and the history of Alaska’s landscapes and animals. He studies landslides, like Pretty Rocks in Denali National Park, and an ancient glacial-outburst flood at Black Rapids Glacier south of Delta Junction.

But this place of tall young mountains, giant earthquakes, green rainforests and large bears has kept him coming back for nearly half a century.

His first trip was in 1977. As a 24-year-old, he camped on Cenotaph Island within Lituya Bay, dug soil pits, and almost got fired for scheming to get his climbing buddies to join him for an ascent of nearby Mount Crillon.

A bit later, a retired scientist named Richard Goldthwait of Ohio State University looked to this broad-shouldered young man who was intrigued with the same wild country.

“Have you solved the mystery of the terraces?” he asked Mann.

The “marine terraces” on the outer coast of Glacier Bay National Park are green plateaus a few difficult miles inland from the Gulf of Alaska.

The terraces were once underwater. In the last 40,000 years, tectonic movements along the nearby Fairweather Fault have raised the squishy ground upon which we pitch our tents 1,500 feet above the Gulf of Alaska. The Earth’s crust around this fault experiences some of the most rapid movement on the planet. Evidence of this is the ever-rising 15,300-foot Mount Fairweather, just a dozen miles from where we are camped.

Though they are hell to get to, the terraces are pleasant enough once you reach them. They are spongy benches so wet that big trees don’t grow on them. They feel like something out of Lord of the Rings, with mist in the air, gurgling creeks, small friendly pines and mountain hemlocks twisted by winter storms. You wouldn’t be surprised to bump into a bunch of elves picnicking in a glade.

The puzzle of the terraces to which Goldthwait referred is whether or not they were part of the migration route by which the first Americans traveled southward from Bering Strait shortly after the last ice age. At that time, blue ice a mile thick smothered most of the continent’s land. But the Gulf of Alaska coastline might have been ice-free.

“Somehow you’ve got to get Siberians to South America,” Mann says. “This is the bottleneck — the skinniest part of the continental shelf is right offshore here.”

Finding a wooden kayak paddle in terrace peat would answer that human-migration question cleanly. But there are no quick answers up here.

Mann has not found any prehistoric boats or paddles in the last 45 years, but he keeps coming out here with his Vietnam-era folding Army shovel with the polished wooden handle. With it, he chops steps in the dark walls of soil and smooths it to read what has happened over the millennia. Each small insight dabs more color on the big picture.

About a dozen people have accompanied Mann here since the late 1970s. A repeat visitor is UAF ecologist Ben Gaglioti, who invited me along on this trip. Gaglioti shares Mann’s interests and has the brainpower and physical endurance to hang with him.

With all his experience here, Mann is the natural leader of me, Gaglioti and two other scientists out on this trip. I take note of him suspending a tarp over his tent even though his rainfly looks fine. He tells of a biblical rainfall out here once, when he and a partner endured 16 inches of rain in two days.

He also once needed to sneak around a half-dozen grizzly bears that were feasting on a whale carcass on the beach. While leading us through the jungle in the heat of the day, he yells “Wake up!” to assure bears hear us before they see us.

I would be terrified to walk the bear footprints pressed into the moss without him. He seems to have a quiet agreement with the bears. When he stops at a tree scratched up high and bitten by passing bears, he takes his red baseball cap off, reaches it five feet above his head with his walking stick and rubs it high on the tree. He leaves a mysterious, extra-tall scent for the bears to ponder.

Though he lets you know out loud that you should rinse your dehydrated-dinner bag in the creek before you put it in the waterproof sack to hang in a tree, his boyish smile appears often. He speaks with a relaxed tone. He asks sincere questions and waits for answers.

I ask him about his science and his adventures here when he agrees to speak into my recorder on our last day out. At the end of an interview under a tarp he has strung over our eating area, he becomes almost apologetic as he explains one of the reasons he keeps coming back to this exhausting, magnificent place. 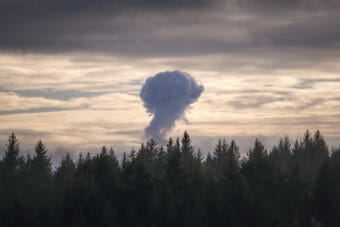 Alaskans invited to tell Congress what climate change means for them

“It's an opportunity for us regular-degular people to essentially tell the story of what is happening in our own state," said one of the report's authors.