The project would span about 500 miles and connect Seward to Fairbanks by what’s called a braided trail, mixing a series of walkable paths as well as paths accessible by four wheelers and snowmachines. Some pieces of the trail already exist, but some still need to be built.

Mariyam Medovaya works with Alaska Trails, a nonprofit trail building group that’s been spearheading the project for more than a year. She said her group put a proposal to the Legislature for $14 million that would fund 15 projects along the main trail route.

Seven of those projects, totaling about $4 million, survived the governor’s vetoes, she said. The funds will go to several Anchorage land managers.

“They will include a lot of trail improvements, trail construction, some planning money for connections between Anchorage and the Mat-Su,” Medovaya said.

The projects that were vetoed were outside Anchorage and included pieces of the trail in the Mat-Su, Denali and Fairbanks North Star boroughs.

In a statement, Dunleavy spokesman Jeff Turner said the governor felt many Alaskans had little information about the project.

“The Governor decided to veto some of the funding so discussions can take place this year about the trail’s potential impacts and benefits for Alaska’s tourism industry,” Turner wrote.

Medovaya said she understands the governor’s hesitation and reasoning for the cuts. She said she remains optimistic since almost half of the Alaska Long Trail projects remained in the budget.

“And we already see a lot of support and momentum from many bipartisan entities and agencies across the state,” Medovaya said. “But, that said, a lot of people don’t know about it and there’s still a lot of hesitation and some concerns and fears of losing access.”

Medovaya said Alaska Trails looks forward to working with the state to get the remaining projects funded in the next budget. 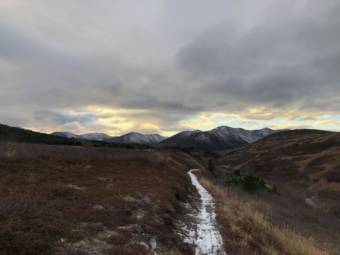 Boosters say destinations like the Appalachian Trail bring in tourists and revenue for the communities they pass through. 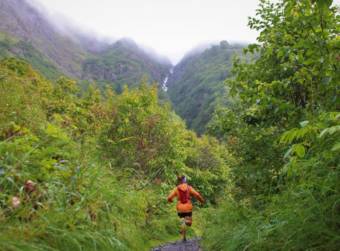 A 500-mile hiking trail across Alaska? Advocates say the pandemic is a perfect time to start

The Alaska Long Trai would connect Seward to Fairbanks along 500 miles of existing and yet-to-be-built hiking trails.