A fishing and hunting business on eastern Prince of Wales Island in Southeast Alaska is cleaning up after a fire destroyed most of its buildings right at the start of the busy season.

The fire burned early on May 31 at the Ruff It Resort, a group of cabins and general store in Whale Pass, a community of around 84 full time residents and many seasonal visitors.

Douglas Browand, who works and lives there, described a narrow escape.

“I woke up at 2 in the morning — my little dog woke me up and my whole cabin was on fire,” Browand said. “I picked up my dog and I ran out of my cabin and put my dog down. And I tried to turn back around to come in to at least grab my wallet, and the whole place was just on fire. It just — one cabin went off after another until all of them were lit up.”

Browand said the four people and their pets living in the buildings were able to escape the fire. The community’s volunteer fire department and neighbors helped battle the fire.

Browand does not think the business will be able to operate this summer and will have to cancel bookings.

“We’re kind of coming to grips with that. You know, at this point, we’ve got a hell of a mess to clean up,” he said. “There’s just no way. We’re going to just try and keep a roof over our own head at this point.”

There’s no word yet on the cause of the fire. 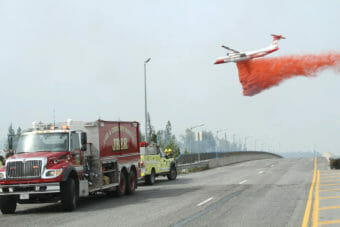 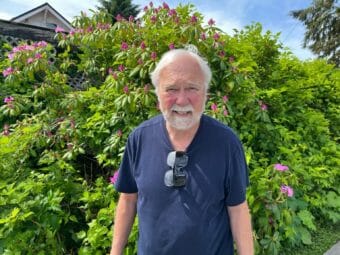 Per capita, Alaskans are the country's most-scammed people

Although seniors lose the most money to fraud, people aged 18-30 get scammed the most often. 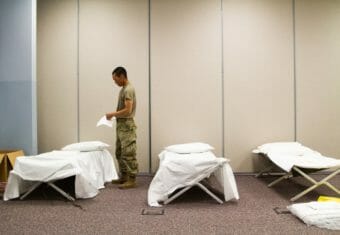 Gov. Mike Dunleavy has issued a disaster declaration in response to the fire, which has grown to an estimated 71,000 acres over the last week and a half.