Alaska Native singer-songwriter Byron Nicholai has a new album out. “Ayagnera” was released on March 25. Two days later, it ranked among the top 10 new albums in the worldwide genre on iTunes.

Back in 2016, Nicholai was dubbed “the Justin Bieber of Alaska” a year after he released his first album, “I am Yup’ik.”

Nicholai has since moved to Anchorage from his home in Toksook Bay, a Bering Sea coastal village on Nelson Island. He works with a producer remotely.

“One of the main reasons I moved from Toksook [Bay] to Anchorage is so I could get faster internet,” he said. “I feel like it would mess with my momentum a little bit, ’cause sometimes I’d be excited to work on a track, but then having internet problems would just kind of wash that away.”

It took Nicholai more than two years to lay down the 13 new tracks for “Ayagnera.” He recorded it entirely in his Anchorage bedroom. The album has garnered international attention from Rolling Stone India’s website, which recently featured the album alongside four others by young global artists.

The songs are almost entirely in Yugtun, the Indigenous language Nicholai grew up speaking. He also uses traditional Yup’ik music for inspiration.

“I’ve always grown up drumming and dancing,” Nicholai said. “And just the song behind the drum, where it’s just that one singular beat, you can transfer that into a whole different song just as long as you keep that rhythm. And having that one single rhythm while we are yuraqing and dancing helps in creating these songs.”

Music is Nicholai’s way of keeping his Alaska Native language alive, and he said it’s also an experiment in modernizing traditional Yup’ik music and dance. He said that much of the album involves a mix of emotions. He sings about his own struggles, the struggles of others, and about his family. The genres he uses to express his feelings in the songs are just as mixed as his emotions.

Nicholai will perform for fans in Bethel this weekend. 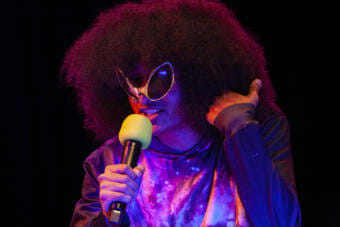 Fourteen musical acts will participate in an international Indigenous music festival this weekend. 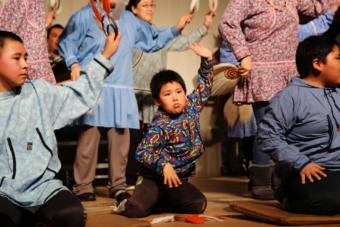 Bethel welcomes dancers from near and far

Dance groups from across the region, the state, and the lower 48 are gathering in Bethel this weekend to share dance, culture, tradition, and community. 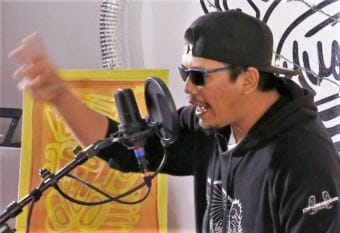