Similar pickets were planned at airports in Seattle, Portland, San Francisco and Los Angeles. The airline had canceled more than 120 flights as of 9 a.m. Friday morning.

A union spokesperson said none of the pilots on the Anchorage picket line were scheduled to work Friday.

“The current contract trails those from comparable airlines in several key sections and is not competitive when it comes to attracting and retaining pilots,” union representatives wrote in a Jan. 2020 press release.

Captain Jeff Schroeder, chairman of ALPA’s Anchorage council, picketed outside the Anchorage airport. He said 48 pilots have left Alaska Airlines for other airlines in the last three months.

“That’s a significant number for the size of Alaska Airlines,” he said. “We think that we need to fix the scheduling flexibility and job security issues.”

Currently, Schroeder said, there’s little flexibility with pilots’ flight schedules, which are set based on seniority. Other airlines offer more of that flexibility, he said. When Alaska Airlines merged with Virgin America in 2016, he hoped changes would come to scheduling.

“We were not able to capture those during that bargaining process,” he said. “So it feels like we’re about a decade behind in those rules.”

Alaska Airlines said in a press release Friday that they respect the pilots’ right to picket and recognize the importance of securing a new contract. The company said their current proposal includes a $280 per hour wage for captains and $100 per hour for first officers. It also includes increased flexibility for pilots’ work schedules and additional support for their reserve pilots.

“It’s a significant financial investment in our pilot group while recognizing that we are still working to recover from $2.3 billion in losses from the COVID-19 pandemic,” wrote Jenny Wetzel, the airline’s vice president of labor relations. “We are eager to conclude negotiations quickly so our pilots can enjoy these new benefits as soon as possible.”

According to Alaska Airlines, the company filed for mediation in October 2021, and the next mediation session is scheduled for later this month.

In the meantime, the airline said, more flight cancellations are possible over the weekend. 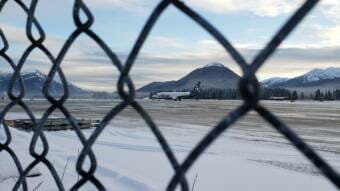 Alaska Airlines is still canceling flights to and from Juneau. Winter weather throughout the country has left planes and their crews stranded. 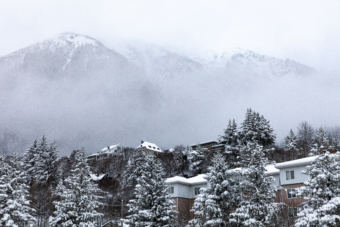 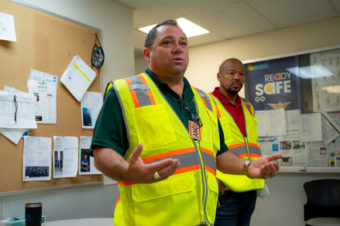