A federal appeals court last week reversed a decision that had impeded construction of a road through the Izembek National Wildlife Refuge.

The proposed road would stretch 11 miles through the wildlife refuge on the Alaska Peninsula, connecting the communities of King Cove and Cold Bay.

The project has been held up in the courts since 2020, when a judge blocked a land exchange necessary for the road’s construction.

But the court decided last Wednesday to reverse that judge’s decision that prevented the swap between King Cove’s Native corporation and the federal government.

Supporters of the road say it will save lives. The small airport in King Cove is closed due to weather around 100 days a year, on average. Advocates say connecting King Cove to the much larger airport in Cold Bay would make emergency medical care more accessible for residents of the small community in the Aleutians East Borough.

Several environmentalist groups have filed lawsuits to stop the road. They say the road would tear through delicate ecosystems that protect wildlife.

Randi Spicak, the public lands director at the Center for Biological Diversity, called the ruling “devastating” and said that it “sacrifices a globally important wetland that’s vital to millions of migrating birds, fish and caribou.”

Sen. Lisa Murkowski applauded the court’s decision. In a statement, she urged the Biden administration and Interior Secretary Deb Haaland “to do the right thing and join our fight to secure a short, gravel, one-lane, life-saving road for King Cove.”

Interior Secretary Deb Haaland hasn’t taken an official position on the project. She says she is making plans to visit the two Alaska communities. She had initially planned to visit in summer 2021, but postponed due to concerns over the COVID-19 pandemic. 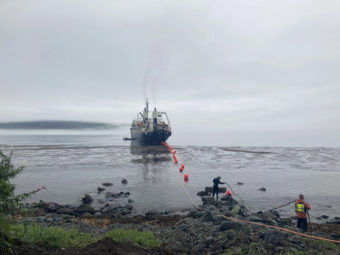 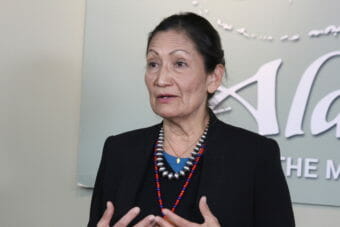 Haaland said she heard from residents about the importance of the road due to various transportation and medical challenges. As of now, she said, she’s made no decision. 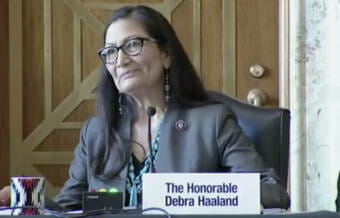 Haaland was due to visit in mid-September, particularly to meet leaders in King Cove.