The leadership of Juneau’s ski area is asking city officials for $2 million to buy a used, aerial gondola system that could operate in the winter and summer. Scooping it up could save tens of millions of dollars compared to buying new. It could also shave years off of a plan in development to cash in on summer cruise ship visitors and eliminate the need for local taxpayer support to run Eaglecrest Ski Area.

Eaglecrest officials want the Juneau Assembly to act quickly, before the window closes to buy the rare gondola system they’re eyeing. But several Assembly members are uncomfortable with the tight timeline for vetting.

The Juneau Assembly decided on Monday to give Eaglecrest officials two more weeks to flesh out their pitch to buy a used gondola system. At the end of the month, the Assembly intends to hold a public hearing and final vote on the $2 million request.

The ask first came to the Assembly during a committee meeting on Feb. 2. For the Assembly to make a final decision in less than a month is unusually fast for this kind of business.

“We are really scrambling in a incredibly advanced timeline for a government body to analyze something,” said Deputy Mayor Maria Gladziszewski. “Why is this such an emergency right now?”

Eaglecrest General Manager Dave Scanlan said opportunities to buy used gondola systems that suit the ski area’s needs and ambitions are very rare. He found one on the market now. It’s in Austria and still in use, but will be dismantled and replaced with a higher capacity lift beginning in April.

“So we have a short window to secure this lift before it goes to another buyer, or has a different fate,” Scanlan said.

If approved, Scanlan said there are many decisions ahead about how exactly to use the gondola system. It could be used to replace the aging Ptarmigan chairlift. It’s been operating since 1976, the ski area’s second season.

Or the gondola could be an additional lift that goes to the top of the ridge. That would make more terrain accessible in the winter. It’s also a cornerstone for lots of ideas to expand summer activities on the mountain while keeping tourists out of the weather.

“And what’s unique about it is it has much, much lower operating costs, much lower maintenance costs,” Scanlan said. “And it’s a very simple, basic machine, yet it’s able to do what we need it to do in both summer and winter seasons.”

He estimated the installation would cost another $6.5 million and said it should be able to run without major maintenance for another 20 years.

Before getting to installation, officials would have to figure out where the gondola would actually go. That means getting geotechnical work done and collecting wind data at different sites. The pros and cons of different alignment options would be weighed out with more public input and without rushing.

“What I am hearing tonight and from the board meeting on Friday is we are being asked to buy it, and then have the public process,” Triem said. “I don’t think that’s the appropriate way to do this.”

Triem and Alicia Hughes-Skandijs voted against moving the measure forward.

“I’m really starting to see the vision and I appreciate the work of the Eaglecrest Board,” Hughes-Skandijs said. “But I think at this point, it’s too fast, it’s too out of order with — we have community goals, community priorities. And I sort of feel like this is jumping the line.”

Assembly member Wade Bryson is not a skier. Though he is a businessman, and he hasn’t always supported funding for the ski area. But he’s a fan of the gondola plan and expanding summer operations.

“When it comes down to it, the community’s going to say, ‘No, you’ve got to keep Eaglecrest open,’” Bryson said. “And this is the least expensive way that we can ensure the future of Eaglecrest.”

Scanlan has put together a financial model that predicts how different cruise ship tourism numbers and spending habits would play out for a barebones gondola experience in the summer. He estimates that with about 300 visitors a day, Eaglecrest could keep operating as it does now, with the city kicking in about $1 million a year for operations and capital projects.

“Let’s put our business hats on, and let’s see if we can’t make some money. It’s not against the rules for Eaglecrest to be profitable,” Bryson said.

If the Assembly opts out of buying this particular gondola system, Scanlan said a comparable new one would likely cost something like $22 million, plus spending two or three years on a manufacturer’s waitlist.

As for the Ptarmigan lift, Scanlan said replacing it would cost about $2.5 million. Upgrading it to a high capacity quad-chairlift would be about $4 million.

If you want to weigh in, you can email the Juneau Assembly. The  Assembly plans to take public testimony on Feb. 28 before its final vote on the gondola purchase. The Eaglecrest Summer Operations Task Force also plans to meet to discuss it at 6 p.m. Tuesday.

Correction: An earlier version of this story misspelled Maria Gladziszewski’s last name. An earlier version of this story also misstated that the Ptarmigan chairlift was purchased used and that it began operating at Eaglecrest in 1975. With the possible exception of a backup engine, old correspondence between city officials and the contractor Riblet Tramway Company indicate the system was installed new. The contract called for the system to be completed and ready to use in time for the 1975-1976 ski season, but it wasn’t completed until the fall of 1976. 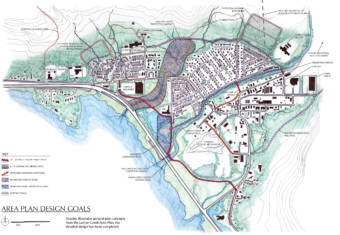 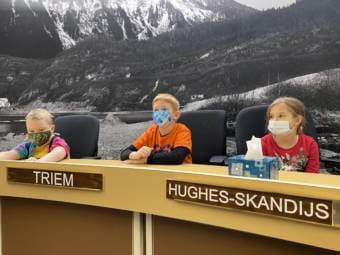