Wyagon, 68, had left Dillingham on his snowmachine Wednesday morning, headed for New Stuyahok, a village roughly 50 miles away. But he didn’t arrive. He was reported overdue Wednesday evening.

Searchers couldn’t find him that night, according to troopers.

At daylight Thursday, the search resumed, said Frank Woods, coordinator for Dillingham Search and Rescue. He said a team of volunteers on snowmachines came across Wyagon’s trail. In less than three hours, they found him.

“Followed that until we came across him and his snowmachine in the river,” Woods said.

Wyagon was about 40 miles from Dillingham, about five miles from Portage Creek on the west side of the Nushagak River.

“It was really miserable conditions yesterday — foggy and really hard to see,” Woods said. “The rivers and the creeks had filled up with water. So it looked like he had tried to cross a flowing creek and his snowmachine submerged.”

“He saved everything on the snowmachine, and went up, built a fire, dried off his clothes and changed into dry clothes,” Woods said. “Amazingly, he had a space blanket that helped keep all the chill off all night. Sitting in space blankets works wonders.”

He said Wyagon appeared to be in good condition and they took him to Dillingham. They also pulled his snowmachine out of the water and towed it back to town.

Woods said they were able to find him today because of a break in the snow.

Woods said the search was a joint effort between volunteers in Dillingham, New Stuyahok and Ekwok, as well as the troopers, who looked for Wyagon by plane. 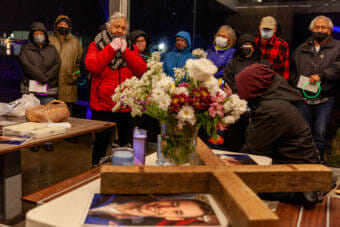 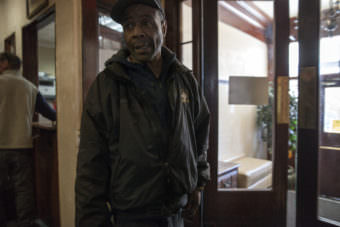 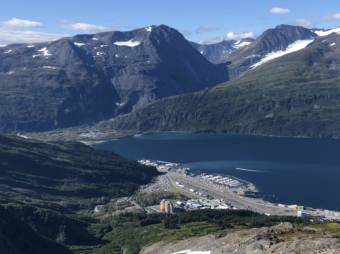 Alaska State Troopers said they located the body of Luki Akelkok, ending a multi-day search and rescue effort for the 28-year-old Dillingham man that was hindered by bad weather.