A proverbial “fire hose” of moisture hit parts of Southcentral Alaska over the past several days, causing flooding in places like Girdwood and a landslide that closed the Sterling Highway.

National Weather Service climate researcher Brian Brettschneider — back for our Ask a Climatologist segment — says the atmospheric river was notable both for the rainfall totals it brought and the duration of the heavy rain.

Brian Brettschneider: There’s just a pipeline of moist air from the subtropics that was just funneled by atmospheric flow right into the the northern Gulf coast. And then it didn’t move. It wasn’t pushed along, you know, from east to west. And so the duration is really what’s noteworthy. It was 5-6 tenths of an inch of rain for hour after hour after hour after hour. Alyeska Resort cooperative station at the base had about 15 inches in a two-day period, which, they have a 55-year period of record. And that still has an estimated recurrence interval of over 500 years, for two days.

Casey Grove: And is this what you would call like a Pineapple Express?

Casey Grove: And that’s because there are no pineapples where it originated from?

Brian Brettschneider: Well, that’s why we don’t call it a Pineapple Express. But an atmospheric river, if you look at satellite imagery, it literally looks like a river flowing in the atmosphere. And you can imagine if you have a hairdryer that’s 30 feet away from you and someone turns it on high, you’re not going to feel it very much. But if they turn it up to 100 miles an hour, then yeah, you’re going to feel it. But as you step back, that airflow gets more and more kind of mixed and shared with the environment around it. So it really is hard to get kind of a continuous concentrated flow up to Alaska that lasts a long time.

Casey Grove: That was a good answer to a really dumb question. I got another one for you…

Brian Brettschneider: No such thing as dumb questions, haven’t you ever had a teacher say that?

Brian Brettschneider: You know, there is some research about the frequency of atmospheric river events during La Niñas. And we tend to get a cooler, drier flow in La Niña years. But it’s really important to remember that La Niñas are actually much more variable than El Niños. I mean, in Alaska, our warmest winter on record occurred during a La Niña winter, you know, when you would expect the opposite. So there’s a lot of variability. And the same goes for precipitation. But we would expect, generally, the setting up of certain types of atmospheric, low pressures and upper level winds that would favor atmospheric rivers in certain locations over others. But again, anything can happen on any given day in any given year.

Casey Grove: This kind of incredible rainfall that we’ve seen, how has that been affected, or how have those type of events been affected by this sort of persistent climate change?

Brian Brettschneider: In theory, you know, the literature suggests that these are going to become more common and more extreme, which makes sense, because the source material for all the rain is moisture from the atmosphere, and warmer air over the water is able to hold more moisture. And so from a physics point of view, it makes complete sense. We’re still kind of looking at the numbers in more detail, but there’s every reason to expect that they would be more frequent moving forward. 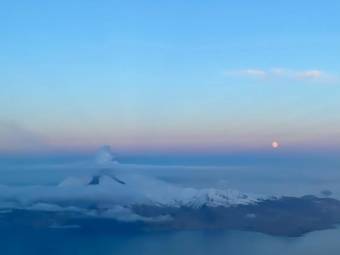 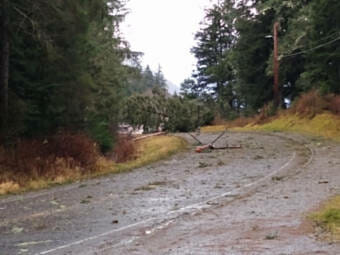 Sudden windstorm takes out power for thousands in Wrangell and Petersburg

The first outages happened on Wrangell Island around 12:30 Tuesday.