While the coronavirus has presented Sitka’s business community with no shortage of obstacles over the last year and a half, some new businesses have still managed to take root. One of Sitka’s newest business owners hopes to bring a specific style of vintage clothing to Southeast closets.

The small island town of Sitka is known for many things: arresting views, abundant salmon, and even sappy rom-coms. What it’s not known for is fashion.

With an average 236 rainy days a year, Gore-Tex and Xtratuf reign supreme. And when I enter The Garage, a vintage clothing and sneaker store in downtown Sitka, I’m wearing just that. James Comas, however, is not. In fact, you’ll never find Comas in a pair of generic rubber rain boots. He prefers Jordans.

At 20 years old, Comas may be Sitka’s youngest business owner, but he’s far from a novice in the world of clothes.

As a teenager, Comas found his first fashion icon in rapper-turned-designer Kanye West. West’s brand Yeezy would serve as the impetus for Comas’ interest in streetwear, a more casual subset of the fashion world, heavily influenced by sportswear and urban street style.

“In high school, I would always buy and sell Supreme as a lot of kids do nowadays,” Comas said. “I’d buy a couple pieces just sell it on a website called Grailed, and you build a good community there people follow your account, like all your stuff. It’s almost like a social media now for fashion.”

While Comas’ love of fashion was first sparked by high-end streetwear brands like Supreme and Yeezy, he now finds himself more drawn to the timeless quality of vintage clothing. He was a college student in California when he stumbled across his first vintage find at Goodwill and flipped it for a profit. But the legacy of that first find lives on

“I found a really cool NASCAR T for like, 15 bucks, and made a pretty good margin of profit on that T,” he said.

The store itself is minimal and clean, reminiscent of its namesake. Inside, you’ll find a mix of clothing and sneakers from the past, hand-picked for a second life in Comas’ shop.  He leads me to an LED-studded wall displaying various footwear and points out his favorite, a futuristic tennis shoe more at home on the streets of LA than of Southeast Alaska.

“It’s a Nike React Undercover collab,” he explained. “They did a cool design where it’s like, see-through material. And you can like sorta  style your shoe differently from everyone just by your socks.”

We walk over to the six racks of graphic T-shirts which double as the store’s only wall decoration. The basics one are his favorite, he explains, thumbing through his collection.

“I’d say my favorite T-shirt in here is actually this one. It’s just a cool graphic of duck hunting with the dog and couple ducks,” Comas said. “You know, just sort of plain and simple.”

While some may not understand the concept of selling or buying secondhand clothing at a markup, Comas’ business takes cues from more established resale stores in the Lower 48, like LA’s vintage streetwear phenomenon Round Two.  While his original plan of opening a shop down south was thwarted by the pandemic, he hopes he can use this as an opportunity to make a name for himself in the resale world.

Although he originally went to college to pursue a business degree, Comas dropped out last year, preferring to learn firsthand. From a business-minded teen flipping Supreme T-shirts to Sitka’s youngest business owner, Comas’ belief in his vision has never wavered, even amidst the onset of the pandemic.

“I always thought anything I can put my mind to I can do it. So so far that’s been the case,” he said. “I dropped out of college pre-pandemic the semester before all this happened. So I sort of almost had a head start on everybody.”

And while secondhand clothes remain the heartbeat of his business, Comas maintains he’s unlike the other local resale stores. His merchandise is not only highly curated, but The Garage is one of few stores in town which cater to Sitka’s youth.

“I wish the younger community will sort of like build up Sitka, which it needs to happen at some point. I think it just needs a little bit more of a younger spark here in Sitka,” said Comas.

Despite the obstacles and economic drawbacks of opening a business in a small community during a pandemic, Comas says sales aren’t his main objective.

“I’m not too worried about selling anything,” Comas said. “I love just when people come in and talk and you know, find something new. Hopefully, I put people on some cool ideas and cool fashion things where they can express themselves differently and sort of find their own way in their walk. And that’s like the cool thing about fashion it’s like you on the inside going outside. Like it’s how you express yourself. ”

And for Comas, sneakers are usually central to that self-expression — unless those sneakers are see-through Nikes, then it’s the socks underneath. 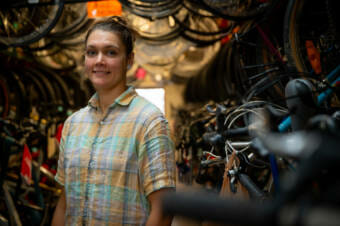 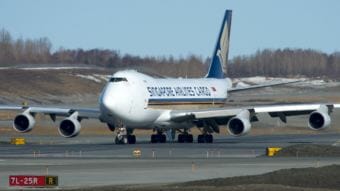 Recent supply chain disruptions related to the pandemic have put a snag on distribution across the West Coast, leading to shortages and higher prices. 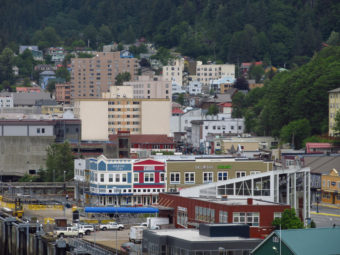 A representative of many property owners with appeals say they intend to keep fighting their assessments in state court.