The school recently found that Alaska Native students are enrolling, but they don’t always stay.

Sarah Peele, whose Haida name is Tukshaak’éi, is a student at University of Alaska Southeast. She transferred from the Fairbanks campus, where she said the professors didn’t make her feel welcome.

“They were all white,” Peele said. “They were not originally from Alaska. They were from Lower 48 or a different country and they had little to no knowledge of whose land they were on and they did not care when I brought that up in our classrooms.”

While being interviewed over Zoom, Peele was bouncing a seven-month-old boy on her lap. She said that’s another thing about her culture that her professors don’t always understand.

“A lot of Alaska Native students are not traditional students, meaning they’re not right out of high school, they’re not single, a lot of them have kids,” Peele said.

Her experience at the Juneau campus has been an improvement, but she said there could be a reason for that.

“I’ve primarily switched  to Alaska Native Studies and Languages, so all of my professors are Alaska Native and I’ve kind of retreated into this little safe space,” she said.

“I’m thankful that the chancellor and a couple other non-Alaska Native people who were on that committee were open to change and open to recognizing how they’re comfortable in their whiteness,” Peele said.

Alaska Natives represent about 20% of the UAS student population, but only about 7% of its faculty and staff. UAS Chancellor Karen Carey says she wants those numbers to be closer together. That would mean hiring more Alaska Native staff.

“You know, just in terms of looking at things like hiring practices,” Carey said. “Are we really making sure that we are getting the most diverse pool of candidates that we can?”

This week the Board of Regents will be hearing the three campuses present their plans for accomplishing those goals.

“We’ll also be doing some training for all of our faculty and staff because if you’re coming here from say Chicago or Kansas or Texas and you’re moving here to work, you may not know anything about the Alaska Native populations,” Carey said.

Ronalda Cadiente Brown is the Associate Vice Chancellor for Alaska Native Programs at UAS. She played a big part in coming up with the plan they’ll present to the board.

“There’s not one size that fits all for any Alaska Native student,” Cadiente Brown said. “The course of study, what they bring to the university setting, the demands on them from the goals and desires that they have and the levels of support. There are so many variables that we hope by this work that we do our best to improve the system so that we have basically an answer of support for anyone and everyone that needs it.”

Once the campus plans are approved, changes could come as soon as the fall semester. 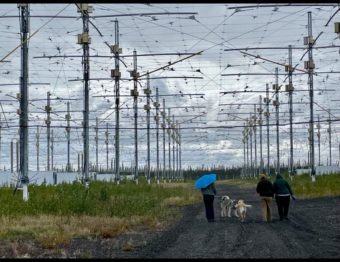