The Biden administration has reversed course and is now defending a decision to allow the Willow project, a major oil drilling development in the National Petroleum Reserve-Alaska.

The position was made public Wednesday when the Justice Department filed a legal brief opposing environmental groups in their legal challenge to the project.

It’s a rare moment of unity between the Democratic administration and Alaska’s all-Republican congressional delegation.

“So for all the right reasons, the administration came to the right conclusion, and it was the conclusion that we had been arguing vigorously for,” she said.

Environmental groups filed a legal challenge last year to ConocoPhillips’ Willow plan, which calls for drilling five wells in the NPR-A and building hundreds of miles of pipelines and ice roads. The groups say the Trump administration didn’t fully consider the environmental impacts.

At its peak, Willow is expected to produce more than 100,000 barrels of oil per day.

The Biden administration’s decision to fight the environmental lawsuit turns everything on its head.

Interior Secretary Deb Haaland broke the news to the Alaska congressional delegation on Tuesday. Just last year, as a congresswoman, Haaland wrote then-President Trump’s Interior secretary objecting to the Willow project. She and other House Democrats said the development would damage nesting areas for endangered birds and cause lasting impacts to caribou.

But Thursday, in a call with Alaska reporters, Sullivan praised the olive-branch approach.

“I think having an open relationship where you can reach out to cabinet officials and have frank discussions where they listen, certainly doesn’t hurt our state’s opportunities,” he said.

“I asked her, ‘Are you going to continue to, you know, expeditiously process the additional permits and requirements that will, obviously, be part of this Willow project?’” Sullivan recounted. “And she said yes.”

But, Miller said in a written statement, “the Willow project is the poster child for the type of massive fossil fuel development that must be avoided today if we’re to avoid the worst climate impacts down the road.”

Alaska Wilderness League, one of the plaintiffs in the Willow lawsuit, will continue to fight the project, she said. 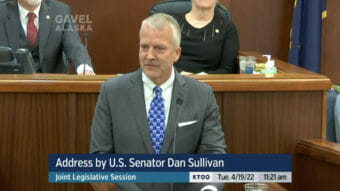 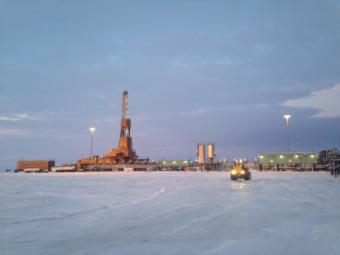 Will Alaska oil production get a boost from high prices? Not likely, says this industry observer.

With oil above $100 a barrel, some Alaskans have wondered: Will companies now be drilling for more oil here?