At a hearing this week in the Fairbanks Four federal civil rights case against the City of Fairbanks, the city asked that the case be considered in two stages, starting with a ruling on the validity of the 2015 prison release agreement that barred the men from suing the city or state.

The Native men who came to be known as the Fairbanks Four — George Freese, Marvin Roberts, Kevin Pease and Eugene Vent — were convicted and imprisoned for the 1997 beating death of 15-year-old John Hartman on a city street. But evidence presented during a 2015 hearing pointed to another group of local young men actually being responsible for the crime.

The new evidence led to a settlement agreement, which is now at issue as the Fairbanks Four sue the city for civil rights violations.

Singer argued that the Fairbanks Four had an expert legal team who helped craft the settlement agreement they signed.

“There’s a separate page the attorneys each signed attesting that they fully explained the agreement and its consequences to their clients, and that they believed their clients understood the terms,” he said.

Singer said the validity of the settlement agreement hinges on facts that should be considered separately and prior to alleged civil rights offenses, including coercion of false confessions and fabrication of evidence by city police.

“All the misconduct that led to our clients being in prison is all relevant,” she said. “It would be more efficient to just take all the discovery and then proceed with the case.”

Benvenutti Hoffmann said the fact that three of the Fairbanks Four were still in prison — and would have remained there until another trial proved their innocence — weighed heavily on their decision to sign the settlement agreement.

“You can’t separate out that they’re actually innocent and that they’re facing continued incarceration,” she said.

Judge Gleason said she expects to rule on the request to separate the two questions soon, noting the longevity of the case.

'Fairbanks Four' to appeal rejected lawsuit against city and police

Attorney Mike Kramer, who represents two of the men, said the judge should have focused on whether the settlement was voluntary instead of parsing words of the agreement.

The Fairbanks Four's attorney says they will appeal to the 9th Circuit Court. He expects that process to take another two years. 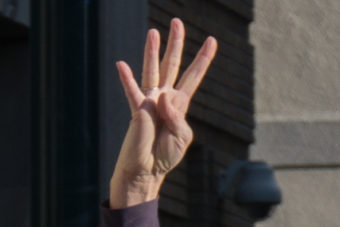 The Fairbanks Four allege racial bias drove police misconduct -- including coercion of false confessions and fabrication of evidence -- that led to their wrongful murder convictions.