More than two dozen Iditarod teams are retracing their route back to Willow Friday after reaching this year’s turnaround spot.

Four-time Iditarod champion Dallas Seavey and his dogs are holding onto the lead. The race is reporting no additional COVID-19 cases, and another team calls it quits on the trail. Here’s our Friday Iditarod update.

‘We get to actually race’: Seavey first out of McGrath with one third of race to go

Dallas Seavey and his 13 dogs were the first team into the McGrath checkpoint Friday morning — about two-thirds of the way into the competition.

Then, he settled in for his mandatory 8-hour rest, in temperatures around negative-20 degrees.

He told the Iditarod Insider that he’s expecting a fast trail ahead. He said he’s ready to really start racing.

“This portion coming up is definitely my favorite portion of the race. This is where we actually get to race, finally, after all year of training,” he said.

Seavey and his 13 dogs were the first team to leave McGrath at 5:32 p.m. Friday.

He was followed by Skagway’s Ryan Redington who raced out of McGrath at 7:13 p.m.

Aaron Burmeister of Nome left the checkpoint about 40 minutes later, and Eureka’s Brent Sass left almost an hour after that, at 8:42 p.m.

On Thursday evening, Iditarod mushers also started passing one another head-on for the first time ever, as some teams began their return journey on the out-and-back course.

The Anchorage Daily News reported that most sections of trail had just enough room for teams to squeeze by one another, but a few steep and winding stretches had little room for error.

“Most of it will be fine,” musher Aaron Peck of Calgary told the ADN. “You just gotta hope you don’t smack into a team.”

After pulling into McGrath, Seavey told the ADN that he didn’t have any head-on collisions with other teams, but he did have “some near-misses.”

“I was really actually quite impressed how smooth all those passes were, and there were a lot, man — it was just one after the next for a while,” he said. “Good thing I didn’t have to take a piss ‘cause there wouldn’t have been an opportunity.”

As for COVID-19, the Iditarod says it’s done additional testing since musher Gunnar Johnson tested positive for the illness on his way into McGrath on Wednesday.

By Friday afternoon, the testing had turned up no additional cases, according to Dr. Jodie Guest, an epidemiologist working with the race.

She said by email that officials still had not identified the two mushers Johnson shared a tent with at a prior checkpoint, in Nikolai.

The race is now adding more testing on the trail “out of an abundance of caution,” she said.

All mushers will get tested on their way back through McGrath, Rainy Pass and Skwentna.

Meanwhile, another team has called it quits.

Talkeetna’s Rick Casillo dropped out of the race just before 10 a.m. Friday at the checkpoint of Iditarod.

He had 13 dogs and “made the decision to scratch in the best interest of his race team,” said a brief Iditarod statement.

That leaves 40 teams still on the trail.

As for when the first team might cross the finish line?

Well, anything could still happen.

But according to the Seaveys not in the race — based on spreadsheets and Excel formulas — it could be Sunday night. 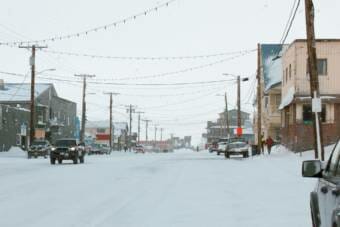 Without Iditarod fanfare and 'Mardi Gras of the North,' Nome businesses expect financial losses this year

The City of Nome and many commercial establishments expect to take a financial loss this year as one of Nome’s biggest tourist events falls casualty to the COVID-19 pandemic. 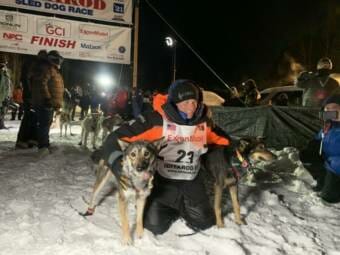 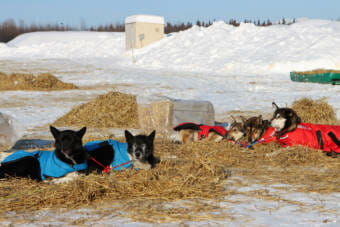 'We got us a dog race': Seavey first into Skwentna with just 67 miles to finish