The parent company of the proposed Pebble Mine said it’s cooperating with a federal grand jury investigation. The company said the case relates to conversations about the mine that were secretly recorded. But who is being investigated, and for what alleged crime, is not clear.

The company, British Columbia-based Northern Dynasty, issued a statement Friday that leaves a lot unanswered. It said the U.S. Attorney’s office in Alaska issued subpoenas to Pebble Limited Partnership and its former CEO, Tom Collier, requiring them to hand over certain documents.

The statement said the investigation appears related to “previously disclosed recordings of private conversations regarding the Pebble Project.”

The mining company’s statement doesn’t say whether the investigation is aimed at the environmental group for making the tapes, or whether the target might be the mine executives, for what they said on those recordings.

The group, called the Environmental Investigation Agency, had investigators call Northern Dynasty last year, posing as foreign investors. In multiple recordings, Collier and Northern Dynasty president Ron Thiessen bragged about their close relationships to regulators and downplayed all hurdles to getting their permits. They also described plans for a much bigger mine than the one they’re seeking permits for.

After the recordings were made public in September, Sen. Maria Cantwell of Washington called for the Justice Department to investigate Pebble for discrepancies in how Pebble described the size of the mine to Congress and in the permit applications, compared to what they told men they thought were investors.

The Environmental Investigation Agency declined to comment for this story. It said last fall the recordings complied with all relevant laws. In most U.S. states and in Canada, it is generally legal to record conversations as long as one party to the conversation is aware of it.

Pebble and the U.S. Attorney’s office also declined to comment. 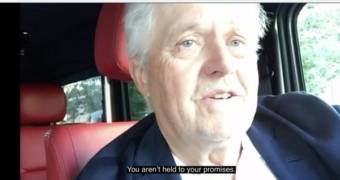 New Pebble tapes: ‘You aren’t held to your promises’ in election season, mine exec says

The environmental group that captured Pebble Mine executives bragging about their sway over Alaska’s senators and governor have released new footage from those secretly recorded sessions. 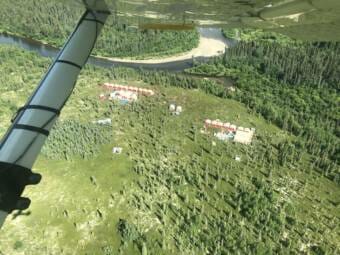 In the wake of Pebble Tapes, scrutiny for state involvement in wetlands mitigation plan