President Joe Biden signed several climate-related executive orders on his first day in office. One of them reinstates the Northern Bering Sea Climate Resilience Area, an Obama-era executive order that includes protections from offshore oil and gas leasing in the Norton Sound as well as waters around St. Lawrence Island.

The reinstated order outlines policies on marine shipping, pollution, marine debris and oil spills, among other Arctic marine-related issues. The entire “resilience area” stretches over 112,300 square miles, from the Kuskokwim Bay to the southern border of the Chukchi Sea.

But for groups in Western Alaska, one of the most significant things about the order is that it acknowledges the importance of using local Indigenous knowledge. The federal task force responsible for the Northern Bering Sea Climate Resilience Area would include an intergovernmental tribal advisory council. The council has not yet been formed but would include between nine and eleven elected representatives from tribal governments.

Melissa Johnson, executive director of the Bering Sea Elders Group, called it a “milestone” for incorporating Indigenous people into federal conversations and policy on climate change.

Johnson and others emphasize that anything addressing climate change and activities in the Bering Sea should include local tribes. In 2016, the Elders group and 39 Tribes reportedly petitioned the Obama administration for additional marine protections. One of their primary concerns was that increased Arctic shipping could impact marine mammal migrations and subsistence hunting.

In a joint press-release from several Tribal groups, the Bering Sea Elders Group said the order “elevates” tribal roles in Bering Sea management and “provides a pathway for our Tribes to exercise self-determination.”

Kawerak, Inc. marine advocate Austin Ahmasuk welcomed the new order after years of Arctic policy that he said has not adequately included the people most affected.

“A lot of Arctic policy is being proposed, decided upon, even written, by people who are not from this region,” Ahmasuk said. “We’re glad that it’s prohibited oil and gas leasing in those planning basins. We are of course glad about the prohibition of bottom trawling into the northern Bering Sea. And then we look very much forward to how communities will be involved as advisors in Northern Bering Sea management.”

The original 2016 executive order drew sharp criticism from the Alaska congressional delegation. Senator Dan Sullivan called it a “unilateral plan to harm Alaskans.” The delegation has not yet issued a statement or responded to requests for comment on Biden’s decision to reinstate the 2016 executive order.

The Dunleavy administration would not comment specifically on the reinstatement of the Northern Bering Sea Climate Resilience Area.

In a statement from the Alaska Department of Law, Assistant Attorney General Maria Bahr wrote that Biden’s executive orders are still being reviewed for their impacts on state agencies.

“These are complicated and evolving issues and will take some time to fully analyze,” Bahr wrote in a statement. 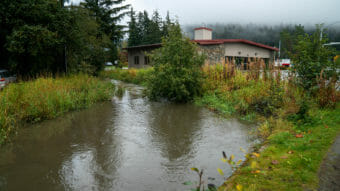 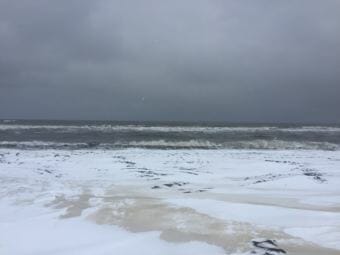