It gives the state special powers to protect public health.

This is the fourth declaration in response to the pandemic. Dunleavy issued the first in March and the Legislature later passed a law that Dunleavy signed extending it until Nov. 15. He has issued two more 30-day declarations since then.

Under state law, disaster declarations expire after no more than 30 days unless the Legislature votes to extend them. While some lawmakers have expressed concern that the governor has issued multiple declarations without the Legislature meeting, no one has sued to try to block them. 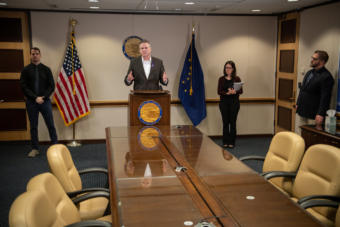 With vaccine on the way, Gov. Dunleavy to declare third disaster related to COVID-19 pandemic

Dunleavy will issue the disaster declaration by Monday and it will go into effect at 12:01 a.m. on Wednesday, Dec. 16th. 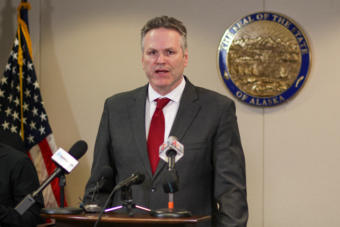 It’s not clear to hospitals and nursing homes if the state's disaster response would remain consistent with the federal response, which could put their flexibility at risk. 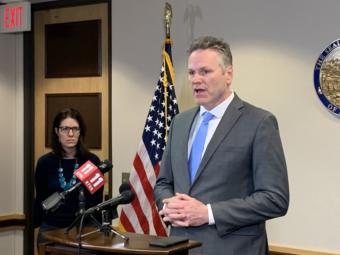 Anticipating that the coronavirus will spread to Alaska, Gov. Mike Dunleavy signed an emergency disaster declaration Wednesday to free up additional resources to help fight the virus.