A federal appeals court has overturned approval for Hilcorp’s Liberty Project, an oil prospect six miles from shore in the Beaufort Sea.

A three-judge panel of the 9th Circuit Court of Appeals agreed with environmental groups, saying the agency’s review of drilling impacts was inadequate.

The judges said the Bureau of Ocean Energy Management should have quantified the greenhouse gas emissions from the oil that would go overseas. They also faulted the Fish and Wildlife Service for not estimating the non-lethal impact the drilling would have on polar bears.

Liberty was a BP project. Hilcorp became the sole owner when BP sold its Alaska assets. The development plan calls for building a 24-acre gravel island in shallow waters east of Deadhorse. Liberty is estimated to hold 120 million barrels of oil that could be extracted.

The court decision sends the case back to the Bureau to try again. 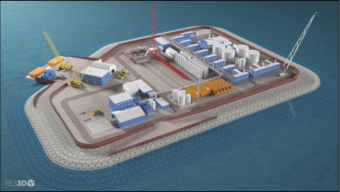 As the Arctic warms, Hilcorp is already having to tweak its proposal to accommodate climate change. And future companies looking to drill offshore in the Arctic may have additional changes to plan for.

Called the Liberty Project, Hilcorp aims to build a 24-acre gravel island in shallow waters about five miles from shore and drill for oil from there. 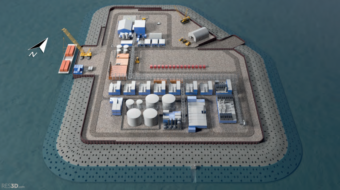 The federal government is moving forward with its review of Hilcorp's proposal to drill offshore for oil in the Arctic.