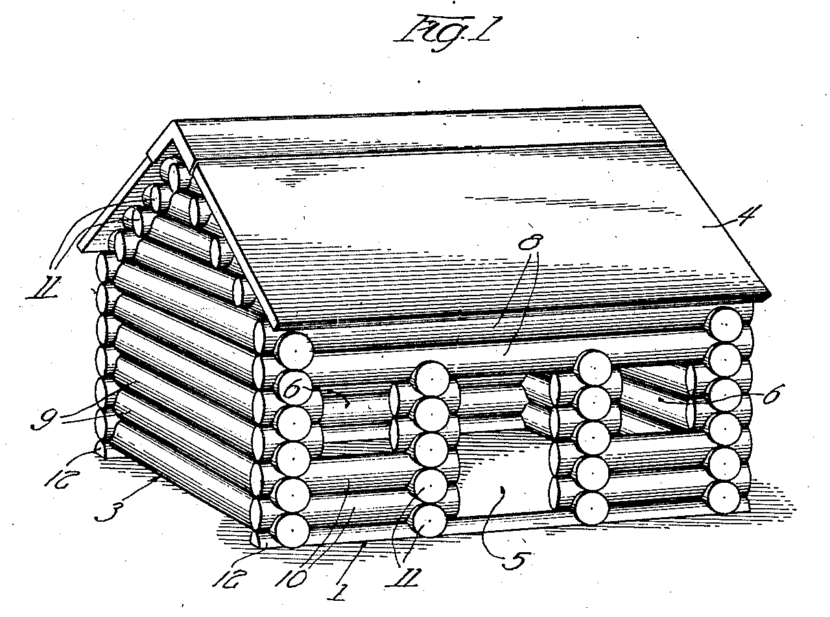 The U.S. Forest Service wears a lot of hats. The agency oversees federal lands, repairs salmon streams, and auctions off trees. In Alaska, timber sales are intended to stimulate the local economy, but industry groups say that through the years the forest service hasn’t made enough logs available to keep the industry alive. Now, with changes to federal regulations, even less old growth is slated for market.

It might surprise you but kids know a thing or two about timber — at least, they used to. Back before the glow of tablets captured the imagination of children, they played with Lincoln Logs. For those too young to remember, Lincoln Logs are the iconic toy that resemble … logs. You can stack them to build miniature houses or forts.

I brought a set to the federal building in Juneau to find out how a federal timber sale comes together.

Dave Harris, the director of forest management for the U.S. Forest Service, Alaska Region, looked amused by the stand-in timber.

“This will be interesting,” he said with a laugh.

I asked Harris if he played with the toy as a kid.

“Oh, gosh. Yes. And we won’t talk about how long ago that was,” Harris said.

But he would agree to use the Lincoln Logs to help demonstrate how a federal timber sale comes together in the Tongass National Forest. Although the Tongass is large, what the forest service has set aside for market is relatively small — somewhere between 6 to 8 percent.

First the agency has to figure out where a sale would be viable. Then, Harris says the timber sale goes through a lengthy process that includes environmental assessments and an objection period.

From start to finish, it should take about four years to complete a sale. It starts with advertising for 30 days, usually in Ketchikan’s newspaper. Then, the bidding can begin.

“You submitted a bid. And you are the high bidder on this contract,” Harris tells me during our Lincoln Log sale.

“How much did you bid for it? You bid at least the minimum price of what we appraised,” Harris explains.

And that’s an important point. I can’t bid below that. I can’t offer less than what the forest service thinks the timber sale is worth. But how the agency makes those calculations is hotly debated.

Eric Nichols, a partner at Alcan Forest Products, says the forest service looks at past timber sales to set the price today. So when there are market fluctuations, the industry can have very different ideas about price from what the forest service has set.

Nichols’ company specializes in the purchasing, managing and marketing of timber in Alaska, among other places.

It’s estimated that a few hundred timber jobs remain in the region. And Nichols thinks the industry’s decline is due, in part, to the forest service’s bad appraisals. Recently, a controversial timber sale on Kuiu Island received exactly zero bids — even after the forest service said the trees could be shipped overseas.

“I thought that the cost would exceed the value of the timber,” Nichols said. “You would have lost money if you bought that timber sale.”

With the exception of Big Thorne, the last sizable timber sale in the region, Nichols says, “the volume has been steadily decreasing to the point where the timber industry is in a death spiral at this point and time here.”

In January, the forest service will start to transition away from valuable old growth logging in the Tongass. That’s another barrier Nichols thinks could be bad for business as federal timber sales are scarce already.

“I don’t see how we’re going to make this transition unless we see some consistent supply coming from the forest service,” Nichols said.

Dave Harris, from the forest service, says he thinks that’s an accurate statement.

“I mean, we have seen our offers declined, our ability to get sales appraising positive. Ability to get past some of the challenges,” Harris said.

He says the agency is looking at coordinating with other landowners, like the State of Alaska or Mental Health Trust, to make more timber available — trying to bring more life-sized logs to market.