Two foreign nationals coming from Russia were detained on Alaska’s St. Lawrence Island earlier this week before being taken to Anchorage.

The two unidentified men arrived by boat on Tuesday in Gambell, a Siberian Yupik community of roughly 600 people on the western edge of St. Lawrence Island in the Bering Sea. Gambell is about 200 miles southwest of Nome and just a few dozen miles from the coast of Russia. By Wednesday morning the two men were transferred to Anchorage, according to U.S. Coast Guard officials.

The Department of Homeland Security and the office of Customs and Border Protection in Alaska are taking the lead on this case.

“The individuals were transported to Anchorage for inspection, which includes a screening and vetting process, and then subsequently processed in accordance with applicable U.S. immigration laws under the Immigration and Nationality Act,” a Homeland Security spokesperson said in an email.

According to Alaska’s News Source, officials in Gambell said the men told locals they were fleeing the Russian military.

Russian President Vladimir Putin declared a limited mobilization last month, drafting up to 300,000 men for Russia’s failing invasion of Ukraine – a move which has made many potential draftees, particularly in outlying areas of Russia, try to leave.

Sens. Lisa Murkowski and Dan Sullivan identified the two people who boated to Gambell as “Russian nationals” in a Thursday statement, saying both had requested asylum in the United States.

Murkowski noted that the federal response was “lacking,” calling for additional federal resources to be sent to Alaska.

“Only local officials and state law enforcement had the capability to immediately respond to the asylum seekers, while Customs and Border Protection had to dispatch a Coast Guard aircraft from over 750 miles away to get on scene,” Murkowski said. “This situation underscores the need for a stronger security posture in America’s Arctic, which I have championed throughout my time in the Senate.”

A spokesman for Sullivan declined further comment on the incident Thursday.

This is a developing story and will be updated as more information becomes available. 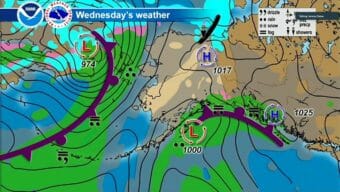 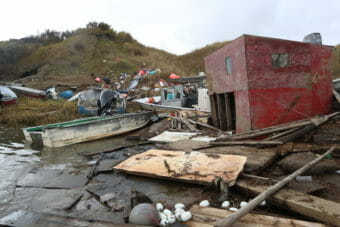 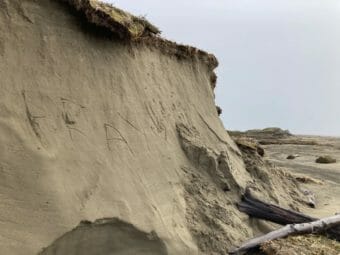