Black soul food and barbecue. Live music. Prayers and speeches. These are some of the common threads in Juneteenth celebrations across the country, to be held this year on Sunday, June 19. The federal holiday is on Monday. 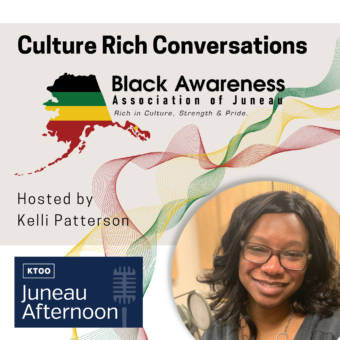 n this week’s Culture Rich Conversations, Kelli and Sherry Patterson explore the history of Juneteenth, originally a celebration to mark the end of slavery after the Civil War.

They are joined by Janelle Everett, college recruitment director at the Iḷisaġvik College in Utqiagvik, also known as Barrow. Everett says very few Americans, even Blacks, understand the story of Juneteenth, how the celebration is more than about the end of slavery, but still a work in progress, dedicated to the dream of achieving equality and justice for all.

Culture Rich Conversations is produced by the Black Awareness Association of Juneau. It airs on Thursdays at 3:00 p.m. on KTOO Juneau 104.3 and rebroadcasts at 7:00 p.m. You can also listen online at ktoo.org.

Part 1: The story of Juneteenth, one that is still being written.


Although President Abraham Lincoln signed the Emancipation Proclamation in 1863,  it wasn’t until two years later on June 19, 1865, that the news reached slaves in Texas. They were the last to be freed and celebrated with songs and prayer — a day that later became known as Juneteenth. While the holiday is celebrated mainly by African Americans, in this conversation, Janelle Everett, Kelly and Sherry Patterson talk about how they hope it will someday be embraced by the nation as America’s second Independence Day.