Alaska GOP Gov. Mike Dunleavy and a bipartisan group of legislators have unveiled a new plan for the state budget that would put the Permanent Fund dividend in the state Constitution, alongside a fund that helps lower electricity prices in rural areas.

Dunleavy, flanked by legislators Wednesday at a news conference at the Capitol, said he’s supporting a draft constitutional amendment that would restructure the way the Permanent Fund is managed — a goal that lawmakers have tried and failed to achieve for the last several years.

“We need to solve this now,” he added.

The proposal would end a long-running fight that’s consumed weeks of legislative time in recent years, while giving lawmakers and Alaskans more certainty about the amount of revenue available for government services and the size of the dividend — an estimated $2,350 this year and $2,500 next year.

But it will also take a two-thirds vote by both the state House and Senate before the proposed constitutional amendment could go before voters — a level of support that’s far from assured.

Both top lawmakers from the House and Senate appeared at Dunleavy’s news conference. House Speaker Louise Stutes, the Kodiak Republican who leads the largely-Democratic majority in her chamber, said her caucus is “excited to be part of the solution.”

“The PFD has been the elephant in the room since I’ve been in the Legislature, and I’m in my seventh year,” she said.

The Permanent Fund is currently split into two accounts: $59 billion in principal, which is off-limits to lawmakers, and $17 billion in earnings, which lawmakers can spend with a simple majority vote.

Dunleavy’s new proposal would combine the two accounts into one and manage the fund like an endowment, where lawmakers could only spend 5% of its overall value each year. Half the money would go toward spending on government services, and the other half would go toward dividend payments.

The proposal would leave lawmakers with a substantial budget deficit that the governor proposes to temporarily fill with a one-time, $3 billion withdrawal from the Permanent Fund.

Lawmakers have managed the fund in a similar way in recent years to the one Dunleavy’s proposing.

But they’ve also been repeatedly derailed by debates between legislators and the governor over exactly how much of the Permanent Fund’s earnings should go toward government services, and how much should go toward the dividend.

And as Alaska’s structural budget deficit has persisted, and the state’s other savings accounts have dwindled, there’s also been growing discussion about spending more than the 5% annual withdrawals from the Permanent Fund that legislators have agreed is the maximum sustainable amount.

Withdrawing a larger share of the fund would reduce its spending power for future generations. But there are currently no legal safeguards that would stop the Legislature from using up to the full value of the earnings reserve account — so long as a majority of lawmakers support the idea.

Dunleavy’s proposal would solve those two problems by keeping the fund off-limits to lawmakers beyond the 5% annual withdrawal, and by defusing legislators’ arguments over the split between dividends and government services by requiring the money to be divided 50-50.

“Imagine a world where we’re not wrestling over the Permanent Fund again,” Dunleavy said at the news conference. “It’s unlimited what we can do, once we get these heavy lifts out of the way.”

The proposal would leave a substantial deficit, which would ultimately need to be filled by either taxes or spending cuts. Rather than proposing those alongside the constitutional amendment, Dunleavy wants to use the $3 billion, one-time withdrawal from the Permanent Fund to fill the deficit until lawmakers can agree on those taxes or spending cuts.

The proposal would also move the $1 billion Power Cost Equalization Fund into the Permanent Fund, shielding it from lawmakers who have considered using it to fill budget deficits in recent years. The state uses the PCEF’s earnings to help offset high electricity costs in rural Alaska. 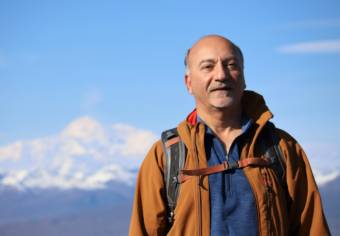 Democratic candidate for governor Les Gara recently campaigned in Juneau. The candidate sat down to talk about why he’s running, the state’s finances and how he thinks the new ranked choice voting system will play out. 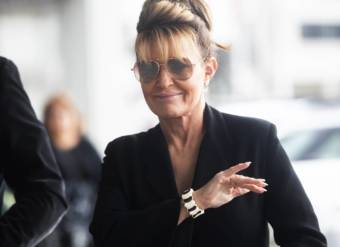 Few political insiders doubt that Palin will win enough votes in Alaska’s new nonpartisan primary system to finish in the top four, which would advance her to the August general election to finish Young’s term. 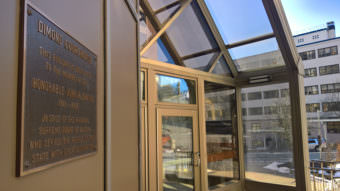 Kasilof drift fisherman Roland Maw pleaded guilty in superior court for collecting six years of PFDs while he was claiming residency in another state.