Alaska Native tribes are awaiting word on scores of wireless broadband licenses offered at no charge by the Federal Communications Commission. It’s part of a federal push to improve internet access in traditionally underserved communities.

A startup called Alaska Tribal Spectrum received a $100,000 grant from the Denali Commission to register as many Alaska Native tribes during the final months of last year’s application period. The initiative has signed up nearly 70 tribes.

“We created a website and an application process to make it very, very simple to join a consortium application and get as many people, as many tribes to grab a hold of for this free asset before, before the window closed,” said Jim Berlin who heads the Kenai-based nonprofit.

Because when it does close, any unclaimed broadband licenses will go to auction to private carriers. Berlin said it was a big push to get rural tribes with poor internet to enroll on their website. Some faxed applications, others mailed in handwritten submissions.

“And the struggles they had were some of the craziest stories you’d ever want to hear,” he said. “I mean, it’s so challenging for them to do even a simple email, let alone fill out something online.”

Douglas Indian Association was among the tribes that said it was welcomed the help negotiating the FCC application process.

“We had no clue,” said DIA’s Environmental & Transportation Director Kamal Lindoff. “No clue on how we would manage it or even get started.”

Some of the applications already overlap. The Douglas tribe’s application is for coverage in an area also claimed by Central Council of Tlingit & Haida Indian Tribes of Alaska. That’s a Juneau-based regional tribal government working to improve broadband across Southeast Alaska.

Individual tribes are now negotiating overlapping claims. Once that process is complete and the FCC issues licenses for 4G wireless networks, tribes will be able to offer the so-called “last mile” to improve internet connectivity in their traditional homelands.

Tribes will still need to pay for the infrastructure to extend broadband internet into their license area. The CARES Act created a $1 billion broadband fund that tribes can apply to for that.

If any members of the consortium have second thoughts, the agreement allows tribes to part ways and still retain the rights to their FCC broadband license.

“You can take your ball and go home whenever you want,” Berlin said.

Sealaska to pay $15.4 million in shares

The amount of the dividend per shareholder ranges from $374 to $695 per 100 shares and depends on the class of shareholder. 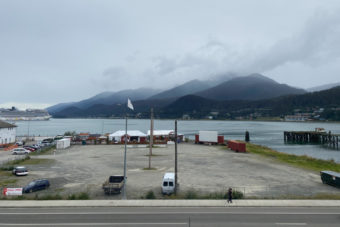 Huna Totem plans to work with Juneau-based Goldbelt and other Alaska Native corporations to complete the project. 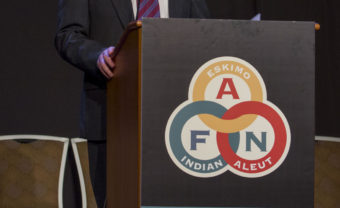