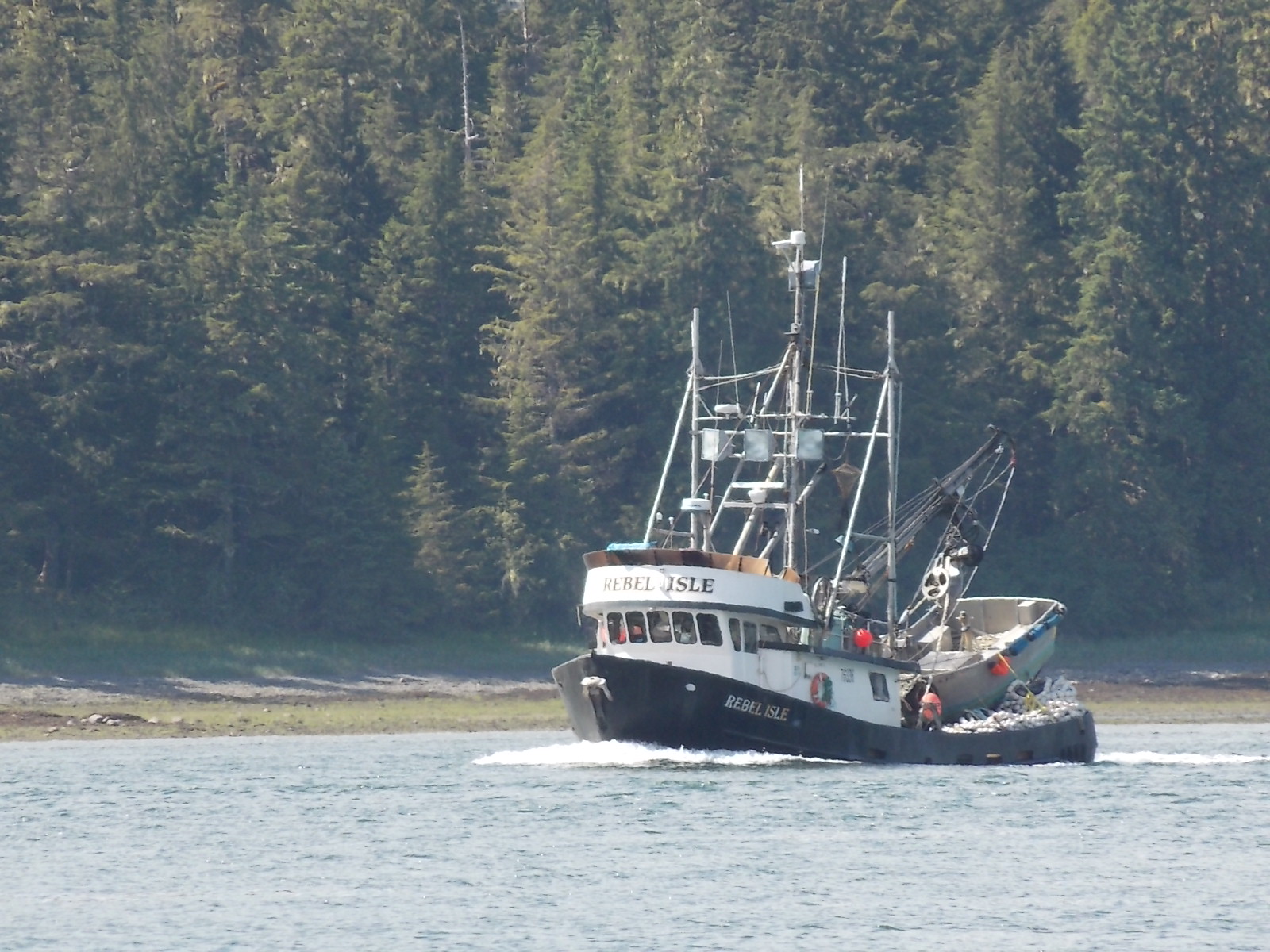 The record setting pink salmon catch in Alaska last year has left seafood processing companies with several year’s worth of inventory of canned product, although not all of the pink salmon winds up in a can. In fact, industry in recent years has been freezing and reprocessing around half of Alaska’s pink catch. Analysts say that move has helped weather the boom and bust cycles of salmon returns.

“The 2013 pink harvest was the largest on record,” said Joe Jacobson, director of the state’s division of Economic Development, testifying before the House fisheries committee this month. “It’s led to a glut of supply and it will probably, there will be downward pressure on prices because of it. And it’s really been a pretty tremendous impact.”

Fishing fleets caught 219 million pink salmon in Alaska last year. That helped fill up an estimated four million cases of tall pink cans and its left companies with almost five million cases in inventory.“Even though the catch was big, we’re not having any real problems moving through it,” said Tom Sunderlund, vice president of marketing for Ocean Beauty Seafoods, one of the companies that processes pinks in Alaska. He says the demand for Alaska salmon seems to keep growing.

“That isn’t to say we don’t have a lot of inventory, we do. We’re in a heavy inventory position right now and that’s always a little worrisome when you’re holding more inventory than you want but it is selling well. That’s what I’ve heard from other processors as well. No one’s in any kind of panic mode. Nobody feels the need to start dropping prices or taking any kind of drastic action. So at this point even despite the heavy catch it looks like it’s going okay.”

Companies say a can of salmon has a shelf life about six years so processors don’t need to sell all of the 2013 catch right away. Andy Wink is a seafood analyst for the McDowell Group, a consulting firm that works with the Alaska Seafood Marketing Institute.

“Given where sales have been the last several years, we’re looking at inventory of about 2.6 years, in terms of how much supply do we have and how much inventory do we have. So that would take us beyond 2015 even if we did not can another salmon for the next couple years.”

“That made it very difficult obviously to sell new production, but through a lot of hard work, through lot of marketing and actually through just shifting a lot of that product out of the can, we were able to bring that inventory down and price has improved as a result. So I think we’ve probably in this area before but it has been some time.”

Pinks that don’t end up in cans are often headed and gutted, then frozen and shipped overseas for more processing. That’s become an increasing portion of the catch, according to the Institute of Social and Economic Research’s Gunnar Knapp.

“Processors have increasingly started freezing salmon and shipping it to the far east to countries like China, Vietnam and Thailand for reprocessing into value added products.”

That fish is processed into many different kinds of products, including pouched pink salmon and then sent back to the US or elsewhere around the globe. “I think that what is going to make things somewhat easier with this year than compared to other years is that not as large a share is going into cans. And so they’ve got a big inventory but it would have been a lot bigger if it was all going into cans,” Knapp says.

Analysts say that product diversification has helped drive down inventory and improve prices for Alaska’s pinks. Wholesale prices for cases of tall pink salmon cans topped $100 in 2012 and 2013, more than double what they were a decade ago. There’s some expectation that those high prices will start dropping. But there’s also help on the way for the big inventory of cans.

The Department of Agriculture will be buying $20 million of canned pink salmon for food assistance programs across the country. That’s an expanded purchase over past years and the decision was hailed by Alaska’s Senators in January.

Analyst with the McDowell Group, Wink says it will be a process to move through the big catch.

“But I think there is the capacity for the market to absorb it. And again one other thing for canned salmon, especially with this buy by the federal government, the hope is we can introduce new people to the product. Because it’s really hard to double production, or triple it and then assume you’re gonna move that into the same number of consumers. When that happens you’ve gotta get new people buying the product.”

That’s where marketing comes in.

“Well it certainly presents a marketing challenge when you have such a huge catch and trying to maintain the value,” says Tyson Fick, Alaska Seafood Marketing Institute’s communications director. “But it’s very much a good problem to have.”

Fick says ASMI will be spending an additional one point five million dollars to move pink salmon and notes companies don’t want to hold a big can inventory for too long. “And at the same time we don’t wanna be dumping product on the market and crashing the price because that’s not good for anybody either. So that’s where the marketing effort comes in is to try and maintain the value, while at the same time incentivizing product moving.”

That means recipe and coupon campaigns to bolster sales in traditional domestic markets for canned pinks, places like the southeastern United States. Fick says they also hope to market some of the Alaska product to canned food companies in the United Kingdom.

“Looking to partner in the UK with places like John West and Princes, where the UK is a very big traditional canned salmon market, currently more focused on sockeyes but again this is an opportunity to come in at a little bit lower cost with our largest canned salmon export market.”

Fick says canned salmon’s biggest competitor is probably canned tuna fish and other proteins that customers reach for in the supermarket. Traditional customers are the baby boomer generation and their parents but ASMI also wants to promote canned fish to new potential customers in the younger generations.