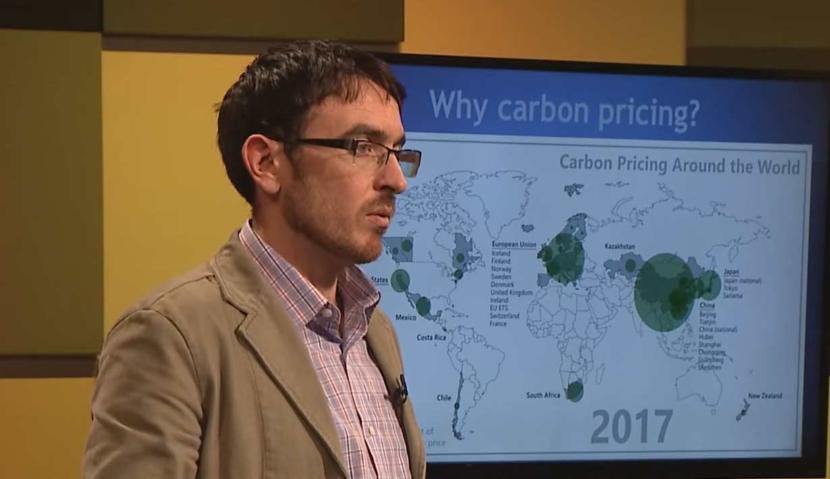 From Juneau World Affairs Council: “The Success of British Columbia’s Carbon Tax and What It Means for Alaska” with Eion Madden

Eion Madden (pronounced “Owen”) grew up in Ireland where he witnessed a drastic shift in the climate, from mild and rainy to one of extremes. He trained as a lawyer, serving firstly as a corporate attorney to an international diamond company, and then as a criminal prosecutor for the Irish State. In 2009, he traded in his career as a criminal lawyer to complete a post-graduate degree in climate change and moved to British Columbia. He came “straight off the boat” to work as a legal assistant at Ecojustice, Canada’s only national environmental law charity, where he tracked applications to Canadian regulatory bodies, before joining Wilderness Committee as their Climate Campaigner. For the last three years he has worked with British Columbians to stop harmful resource projects and move toward real action on climate change. His latest work is on climate solutions and the potential power of effective carbon pricing in North America.