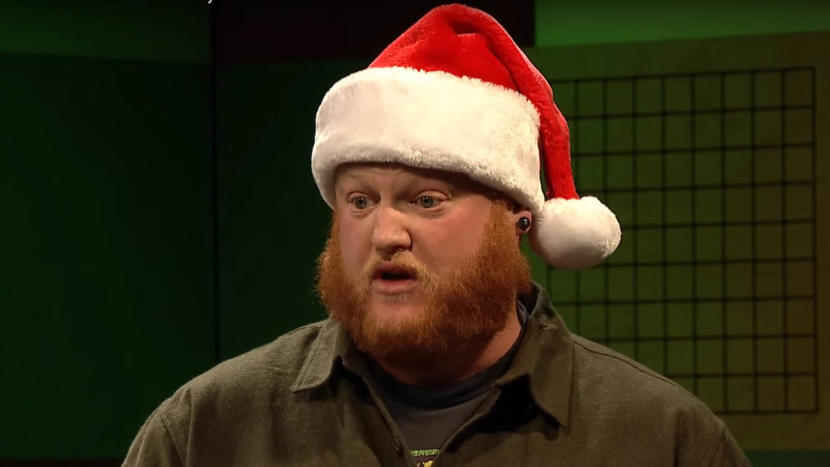 Hear what it’s like to make Chanukah latkes for 30 with “help” from the kids, and what Christmas can be like on the trap line. We learn what to expect when your children take over Thanksgiving, what not to do when someone gifts you food, and about the importance of family and rituals. And don’t miss the concluding, group-read, Alaskan version of “The Night Before Christmas.”

Geoff Kirsch is a professional writer and humorist whose credits include Comedy Central, the Huffington Post and the WGN America cable TV network. He’s also published writing in Subaru’s Drive magazine, Adventure Cyclist magazine, Cornell magazine, the Jewish Daily Forward and, believe it or not, Hardcore Muscle magazine. Since 2009, his column, “Slack Tide,” has appeared every other week in the Juneau Empire. In this episode of Writers’ Showcase he reads his piece “How to Make the Perfect Chanukah Latkes for 30 on a Blustery Southeast Alaska Evening.”

Alicia Hughes-Skandijs was raised in West Virginia, and moved to Juneau ten years ago.
She loves Juneau’s people, the thriving arts and culture scene and the amazing outdoor opportunities.
She is grateful that many of her siblings also call Juneau home, and for getting to participate in creative events in town. In this episode of Writers’ Showcase she reads a selection from Miki and Judy Collins’ book “Riding the Wild Side of Denali: Adventures with Horses and Huskies.”

Rebecca Braun came to Juneau 20 years ago for a summer job, and has since made Alaska home. She has passed the time as a biologist, teacher, journalist and most recently, as an underemployed cancer patient. She is, or hopes to be again, an avid runner, hiker and skier. She especially enjoys outdoor adventures with her two children. In this episode of Writers’ Showcase she reads her piece “Zolloto Family Circle.”

Actor and singer Patricia Hull grew up in Juneau and earned her BA from Bennington College. She returned to Juneau in 1996 and has been a frequent performer with Perseverance Theatre and other groups and is perhaps best known for “Always Patsy Cline.” She recently produced, directed and starred in Si Kahn’s one woman musical “Mother Jones in Heaven” which she hopes to tour in 2015. In this episode of Writers’ Showcase she reads Carol Prentice’s “When the Thanksgiving Table Turns.”

Carol Prentice enjoys writing about life’s “caught in the middle” moments, finding no shortage of subject matter. A monthly column of her personal essays, “Caught in the Middle,” was published in the Juneau Empire from 2007-2008, as well as travel series in 2004 and 2009. Her fiction work appeared in the 2008 volume of Tidal Echoes. A shorter version of “When the Thanksgiving Table Turns” ran in the Juneau Empire in November 2013.

Seth Kantner is a commercial fisherman, wildlife photographer and author of “Shopping for Porcupine” and the national bestselling novel, “Ordinary Wolves.” His children’s book, “Pup and Pokey,” was released in September 2014. Kantner was born and raised in northern Alaska, schooled at home and living off the land, and later attended the University of Montana and received a BA in journalism. His writings and photographs have appeared in the New York Times, Outside, Alaska, Reader’s Digest and other magazines and anthologies. He’s a columnist for the Anchorage Daily News, the Arctic Sounder, and Bristol Bay Times, and a former dispatch writer on climate change for Orion magazine. He lives with his wife and daughter in northwest Alaska. In this episode of Writers’ Showcase he reads his piece “The Sandwich.”
Close