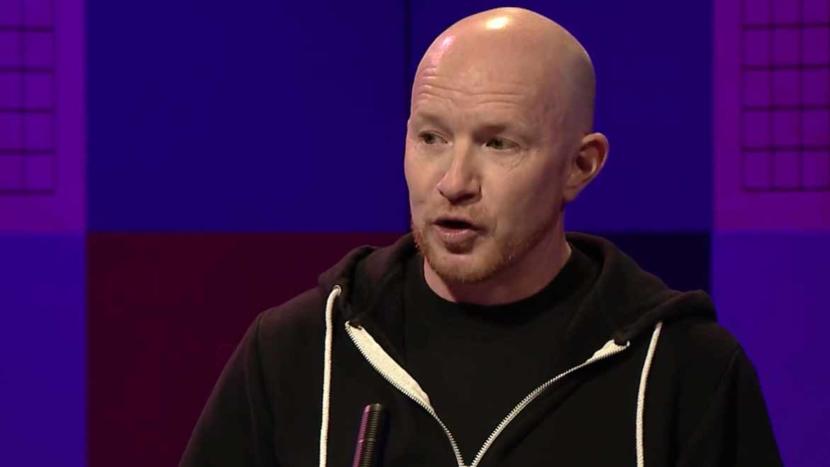 The first piece of the evening, “One Hard Day,” is an essay from James P. Sweeney’s book “The List.” Sweeney lives alone in Hope, Alaska. His dog, Alute, was hit by the train last summer in Talkeetna and he’s been reeling since. Besides that he bicycles, skis, hikes, climbs rock and ice, and has written two books, “The List” and “Alaska Expedition Marine Life Solidarity.”

Roblin Gray Davis reads Sweeney’s piece and is a lifelong Alaskan performing artist born in Anchorage who currently lives in Juneau. He is a founding member of Strange Attractor Theatre Co., works with Perseverance Theatre, is a Master Teaching Artist with the Juneau Arts and Humanities Council and Alaska State Council on the Arts, and earned an MFA in Devised Theatre at the London International School for the Performing Arts.

The second piece is an abridged version of a short story called “Half Hitch” by Martha Amore. “Half Hitch” was later developed into a novella titled “Weathered In” that is part of the collection “Weathered Edge” published by Vered Publishing & Design House. Amore is a fiction writer who lives in Anchorage, Alaska, with her husband and three young daughters. She earned her Masters of Fine Arts degree at the University of Alaska Anchorage, where she now works as a writing instructor. She also teaches writing at Alaska Pacific University and was named the 2014 writer-in-residence. In her spare time, she coaches junior roller derby.

Our next reader, Donnie Gott, is a lifelong Alaskan born in Ketchikan. She currently lives, works, performs and plays in Juneau.

Our third piece is a short story titled “Closing Shift” by Kirsa Hughes-Skandijs. Skandijs is an aspiring Jill of all trades who first moved to Alaska in 2002 for what was supposed to be a year-long adventure. Prior to that she lived in New York City and southern West Virginia, where she attended the creative writing program at Marshall University. After finding the rainy utopia of Juneau, she completed a degree in biology at the University of Southeast Alaska. She enjoys dabbling in painting and mixed media compositions when she’s not reading, writing, or talking about her dogs.

Allison Holtkamp, who reads “Closing Shift,” came to Skagway, Alaska 12 years ago to portray “Squirrel Tooth Alice” in the “Days of 98 Show with Soapy Smith,” and she went on to spend many summers as the Head Madam of the Red Onion Saloon. In the meantime, she got her degree from Weber State University in Ogden, Utah, studied comedy writing at the Second City Training Center in Los Angeles, and finally settled in Juneau in 2009. She has been in eight Perseverance Theatre productions including “Oklahoma,” “God of Carnage,”and most recently “Boeing! Boeing!”

The last selection of the evening is Joe Karson’s short story titled “Sweet Sunny South” from his book “Dining with Hitler and Hemingway.” Born and raised in the Midwest, like the hero in tonight’s story, Karson found himself drawn to the saltier edges of the continent—and in 1976 arrived in Juneau. He moved to Fairbanks in ’79 where he supported himself mostly as a carpenter while pursuing secondary careers as a writer and musician. Seven years ago he came to his senses; traded his fur and feathers for rubber and wool and returned to Juneau– a place that has always had a welcoming harbor for venturesome artists, and is again his home port.

Ryan Conarro, who reads “Sweet Sunny South,” is a Juneau theatre artist who gets to spend time in various parts of rural Alaska through the state’s Artists In Schools Program. He’s a co-founder of Juneau’s Generator Theater, and is a company member with the international company Theater Mitu. You can catch Ryan in Perseverance Theatre’s SummerFest production of “The Blue Bear” beginning in July at the Juneau Arts & Culture Center.