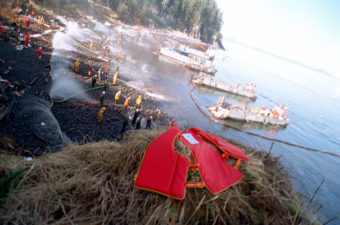 Nearly three decades after the disastrous Exxon Valdez oil spill in 1989, the litigation for the remaining cash the state and federal governments could pursue from Exxon is at an end. A clause in the 1991 settlement said up to $100 million could be requested from Exxon for future unknown damage. It was called the reopener.