The president told CBS over the weekend that he learned about Clinton’s use of a private email address while she was secretary of state through news reports like “everybody else.” 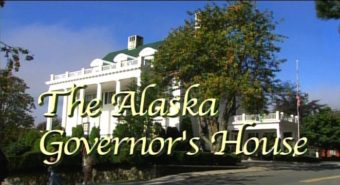 –  Contribute to 360 North  –  You can support programming that you enjoy and receive a copy of  The Alaska Governor’s House: A House We Called Home for your personal library.  All 360 North contributors through the end of January will receive a complimentary copy of this Alaska history documentary as a gift of thanks from us.  All current and new members are eligible.
About the program:  Six of Alaska’s First Ladies since statehood met in Juneau during the summer of 2005 to share their memories about the Alaska Governor’s house, a house they all once called home. See the ballroom, used to host USO dances during World War II, two Chippendale chairs that are the oldest pieces of furniture in the house, an original Territorial Seal that had been painted over and not revealed until the major 1986 renovation, and the infrequently seen First Family’s private living area.