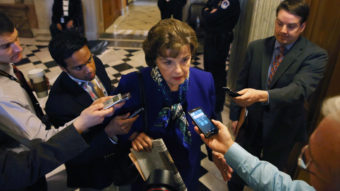 The Senate’s intelligence oversight panel had its computers searched by CIA workers, who also improperly removed some documents that had been provided to the panel, Sen. Dianne Feinstein said in a lengthy and scathing speech on the Senate floor Tuesday. She said some of the actions could be illegal or unconstitutional.