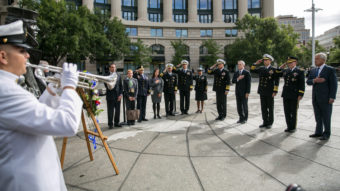 The identities of the 13 people, including the gunman, who died and at least eight who were wounded are being released by officials as family members are informed of the victims’ statuses. Police have now identified all of those who died in Monday’s violence, including the alleged gunman, Aaron Alexis, 34.