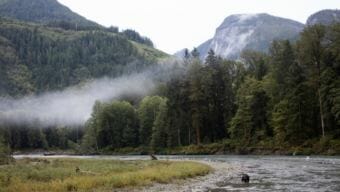 Until recently, the grizzlies here had good reason to be afraid of people — this vast tract of pristine rainforest encompassing most of the western coast of Canada and the islands just off it was prime grizzly hunting territory. But as of the end of November 2017, the British Columbia provincial government has banned grizzly hunting in the area. Now, shooting bears with cameras is the only kind of grizzly “hunting” allowed. 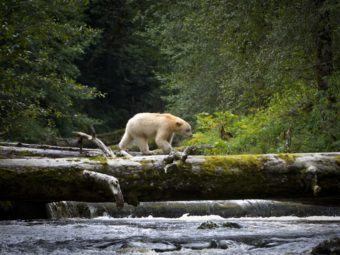 The agreement reached between aboriginal groups known as First Nations, environmental groups and logging companies designates 85 percent of the forest land as permanently protected from logging.