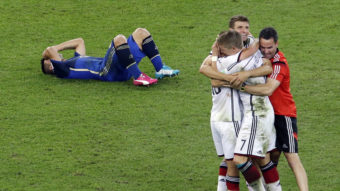 In a tense match that saw a lot of action but no score for more than 90 minutes of play, Germany was finally victorious over Argentina to take home the 2014 World Cup title on Sunday with a 1-0 win. 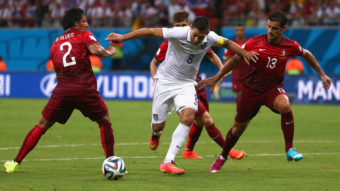 With 30 seconds left and despite astronomical odds, the United States men’s national soccer team was about to qualify for the second round of the World Cup.

Seattle spent the better part of two weeks before the game studying the Denver offense. And with that long to study, “we picked up on a lot of tendencies,” Seahawks defense end Michael Bennett tells the NFL Network’s NFL AM.

–  Wednesday at 8:00  –  Watch the award winning feature-length film documentary about the Alaska Baseball League. Touching the Game Alaska looks at the history and major-league greats that once played in the 49th state and goes on the road with modern day players to explore the Alaska League today.

Some observers are wondering why American Crossroads, the Karl Rove-inspired superPAC, would bother to run a political attack ad against Hollywood star Ashley Judd, an outspoken supporter of President Obama who has said she’s mulling a 2014 run against Republican Sen. Mitch McConnell of Kentucky.» E-Mail This » Add to Del.icio.us