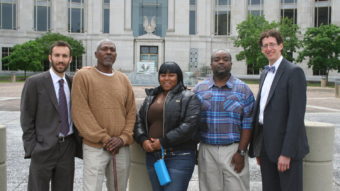 The city of Montgomery agreed to new polices to avoid jailing people who say they are too poor to pay traffic tickets. In that Alabama city, as in Ferguson, there’s been tension between poor residents and police over the way people are fined for traffic tickets and other minor violations and then sometimes jailed for not paying.