Men in Juneau earn significantly more money than women, according to an economic indicator in a recent JEDC newsletter. The Juneau Economic Development Council analyzed data from the US Census Bureau’s American Community Survey that shows men in the Capital City make 42 percent more than their female counterparts. Of course the problem isn’t unique… 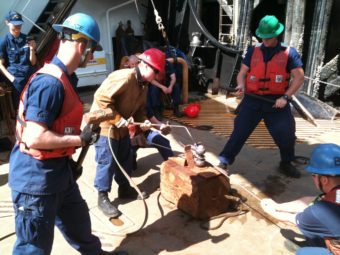 There are over 1200 buoys and other navigational aids placed all along the U.S. coastline. Somebody’s got to repair them and make sure they all stay in position. That’s the responsibility of the Coast Guard’s buoy tenders; the black-hulled ships crewed by what could be described as the blue-collared members of the service. Eight tenders…

The Juneau man convicted of baiting bears and illegally shooting a wolf is now in jail. Park Myers III could be behind bars for up to a month because he was working while he accepted unemployment insurance benefits. Myers was still on probation after pleading guilty in the poaching case. It included the taking of…

Rachelle Waterman was sentenced on July 15th in Craig to three years in prison for her role in the brutal murder of her mother six years ago. As Deanna Garrison reports, an Anchorage jury found the 22 year old woman guilty in February of criminally negligent homicide. She was not convicted on much more serious…

The National Transportation Safety Board says deficient oversight by the Coast Guard was partly responsible for an accident that killed a child and injured four other boaters. The report issued July 12th follows an investigation into the collision between one of the Coast Guard’s small patrol boats and a recreational boat in San Diego in… 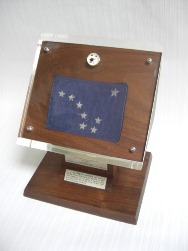 A long lost piece of moon rock, given to the State of Alaska by President Richard Nixon more than 40 years ago, is now the subject of a legal battle between the state and a former resident turned Deadliest Catch boat captain, who claims to have found it when he was a teenager. 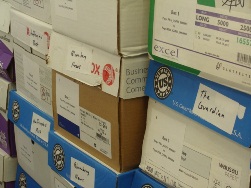 The State of Alaska today (Friday) released thousands of pages of emails Sarah Palin sent and received during her time as governor. The national media descended on Juneau earlier this week in anticipation of the release, which comes nearly three years after the initial public records request.

Memorial Day observances were held in three locations around Juneau on Monday.

The community of Hoonah will be without ferry service for two weeks in June as renovations are made to the transfer bridge and dock at the terminal.

Simone Kim was killed in August of 2006 at the Juneau Fred Meyer store by a rifle obtained by Jason Coday at a nearby gun shop. Kim’s family believes that the owner of Rayco Sales is liable for Kim’s death.