After a chaotic first day, the Alaska House of Representatives elected Wasilla Republican Cathy Tilton to the role of House speaker on Wednesday.

“We are ready to show Alaskans that we’re ready to do business,” Tilton said after the vote. “We didn’t want to have a repeat of the last several sessions where Alaskans were waiting for business to get started.”

This is the third legislative cycle in which the House began its session with no coalition formed, though in recent years it’s taken much longer — as much as five weeks — to organize.

McCormick was the only member of the group to vote no on Tilton’s speakership. He has not yet responded to a request for comment.

Tilton said the coalition is one based on policy agreement.

“I think that we can all agree that a priority of this session is to deal with the fiscal stability of the state of Alaska. That is probably the number one issue that we’ll be working on,” she said.

Representatives spent much of their Wednesday morning session deliberating in private with one another. Various members floated multiple names for the speakership, including Edgmon, Stutes, Kenai Republican Rep. Justin Ruffridge, and Northern Kenai Republican Rep. Ben Carpenter. Edgmon and Carpenter declined their nominations.

Finally members voted 26-14 to elect Tilton to the speaker seat. Every House Democrat except Foster and Juneau Rep. Andy Story voted no. Tilton said the votes do not align with the members of the new Republican-led majority coalition.

The Senate, meanwhile, sailed through its leadership confirmations Tuesday and moved ahead with plans for increased education funding and a redesign of the state pension system. Anchorage Democrat Rep. Zack Fields, now in the minority, said that most of his House colleagues align with those priorities.

“I think our imperative going forward is for the majority and minority to work together on their shared goals, because those are the two most important issues facing us this year,” he said.

Alaska House majority forms to the right of the Senate’s

Despite uncertainty going in, both chambers have elected leaders and determined their committee assignments. 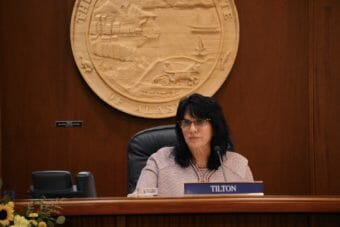 ‘Fiscal stability’ is No. 1, but specifics are hard to come by as the group gets organized.