At the end of June, 19-year-old Mackenzie Wilson was at Mountain Home Air Force Base in Idaho. She talked with her mom, Jessica Swan, on the phone.

“The last thing we had heard, she said safety on base was ‘super-sketch,’” Swan said.

Wilson had recently finished her freshman year of college at Oregon State University, where she studied biochemistry and molecular biology. She was also in Air Force ROTC, a program that prepares college students to become military officers. Before coming home to Eagle River for the summer, the military flew her to the base for a one-week, professional development program.

Swan figured her daughter would be home soon and could explain what was sketchy in person.

“And then she was dead,” she said.

Wilson remembers the exact moment she learned her daughter had died: An Air Force officer knocked on her door, sat her down and delivered an “I regret to inform you” letter. They told her details about what happened weren’t available yet, but would come.

A few days later, the Air Force base announced that Wilson died in a Humvee accident during a training event.

Now, more than six months have passed, and Swan said she still has so many questions about what happened, and who allowed it. She’s sad, she’s frustrated, and she’s angry. She said she’s sharing her daughter’s story because she thinks the military’s explanation is long overdue and fears the death will be explained away as just another tragic training accident.

Idaho is prosecuting the driver, a University of Minnesota student, for manslaughter. But Swan still wants to know who decided it was OK to put a teenager behind the wheel of a 28-year-old tactical vehicle. And why does her daughter’s travel paperwork say this trip was specifically not for a training event?

She said she thought her daughter would basically be job shadowing that week in Idaho, not doing anything dangerous.

Swan said she’s been trying to pry information out of authorities. She’s been on a leave of absence from her job as a teacher. She keeps a notebook of Air Force officials and authorities in Idaho she’s talked to, dates and phone numbers, and what they’ve said.

“It’s always me reaching out to them, following up with them,” she said. “And because it’s dealing with the military, Department of Defense, it’s now six and a half months and I’m still trying to get information and that’s excruciating.”

Air Force officials provided a statement by email, but declined to be interviewed for this story.

“The Air Force has a profound obligation to discover the facts of any accident in order to determine what can be done differently going forward to prevent similar outcomes in similar conditions and circumstances,” wrote Marilyn Holliday with public affairs for the Air Force’s Air Education and Training Command. “The Air Force takes the safety and well-being of every Airman very seriously, and we will constantly evaluate our training procedures to provide the safest and most effective training environment possible.”

They did not answer a list of questions about the timeline for their investigation, how cadets were chosen for the event, what the cadets were actually doing that week, or non-combat Humvee accidents generally. The Air Force hasn’t even explained why Wilson was in the Humvee.

But Swan said U.S. Sen. Dan Sullivan’s office has been helping her get information, including an Idaho State Police collision report that sheds some light. It says Wilson was riding shotgun, one of three people in the Humvee on June 24. They were all 19 years old.

It’s the police report that identifies the driver, Cole Harcey. Swan thinks he was another ROTC cadet, but the Air Force wouldn’t confirm that. His attorney declined to comment.

The report says the crash happened on a service road in a base bombing range, on a clear, dry morning. The gravel road was straight and level with a posted speed limit of 15 mph. The police report says the Humvee was just going too fast. It went out of control, off the road and rolled over. Wilson was partially ejected and died pinned under the Humvee.

The driver was the only person wearing a seatbelt. He and the other passenger both went to the hospital, and were both released within two days of the crash.

Back in her Eagle River living room, Swan has a table and shelves adorned with artifacts of a life cut short. In a blown up portrait from the funeral, Wilson smiles to the whole room in her blue, Air Force dress uniform.

There’s a distinctive knife she carried, a painting of a butterfly made with her second grade handprints. There are race bibs and medals from half-marathons, a Christmas list from when Wilson was about 6 years old asking for Blendy Pens and dinosaur toys.

Swan said her daughter got interested in junior ROTC in high school because she liked community service. The petite athlete and aspiring scientist often donated blood – and insisted her mom donate, too. She was proud of being on the drill team and parading as part of the color guard. They taught her first aid and leadership skills.

“It never crossed my mind that her life would be in danger in ROTC,” Swan said.

If she stuck with it, Swan figured she’d be using her brain in the Air Force behind the scenes, not on a frontline.

Swan said that June trip was her daughter’s first time on a military base.

“And they killed her for no reason,” she said. “She wasn’t in a war. She wasn’t doing dangerous training. She was job shadowing.”

She doesn’t want any other parent to go through this.

Air Force rules say that Humvees are not supposed to be driven casually – only with training, certification and licensing, or with a high-level waiver.

Wilson wasn’t even in the military yet. But Swan said she has learned that Humvee rollover accidents are particularly common in the armed forces, and that congressional watchdogs have documented thousands of accidents involving tactical vehicles outside of combat that have killed and maimed hundreds of young servicemembers.

Swan said she’s been patient, but now thinks the military’s explanation is overdue. She wants more people to be held responsible than just the teenager behind the Humvee’s wheel.

“I mean, my goal is accountability,” Swan said. “Mackenzie’s death was completely preventable. And also awareness, awareness that teenagers are being killed on American soil. … What’s being stated to be training accidents.”

She said someone higher up made a decision that cost her daughter her life. 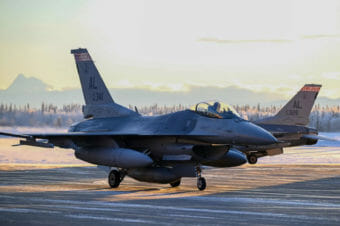 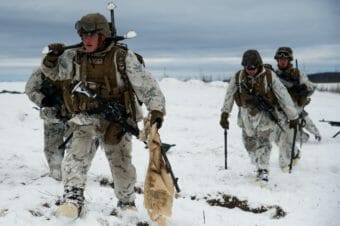 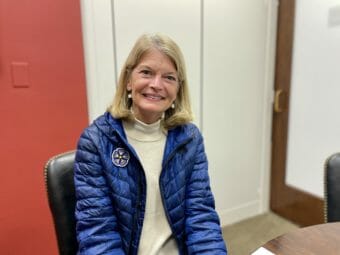 The legislation has more than 130 of Murkowski's priorities, totaling nearly $500 million.