UAF biology graduate student and research assistant Abigail Schiffmiller, one of the organizers, says the union would mostly represent graduate students who work as research, teaching and support assistants. She says compensation is a key driver of the effort.

“The cost of living in Fairbanks and Anchorage has increased a lot in recent years, but the pay increases through the university have been minimal and sporadic,” Schiffmiller said.

She said a union could also address health care and working conditions.

“There’s also concern about kind of grievance procedures and workload and transparency,” Schiffmiller said. “But ultimately, baseline is that we want to have a seat at the table. We want to be involved in (the) decision making process for decisions that affect our lives.”

According to a news release, the Alaskan Graduate Workers Association is the first academic student employee group in the state to file for union recognition, and the University of Alaska is the only high-level research institution on the west coast that does not have a student employee union.

Schiffmiller says they are organizing under the umbrella of the UAW, a national labor organization which already represents 100,000 higher education workers. She says organizers gauged interest by sending out cards to them this fall.

“We actually got a supermajority to sign cards,” she said.

Schifmiller says an authorization petition was submitted to the Alaska Labor Relations Agency Dec. 9, and on the same day a letter was sent to University of Alaska President Pat Pitney requesting voluntary recognition of the union.

In a written response, UA associate vice president of public affairs Robbie Graham said Tuesday that the university is “reviewing the petition, to better understand definitions, who would be covered in the bargaining unit and the needed level of support.”

If the university does not voluntarily recognize the union, Schiffmiller says the Alaska Labor Relations Agency will verify the list of employees in the group, and a formal vote on unionization will follow. 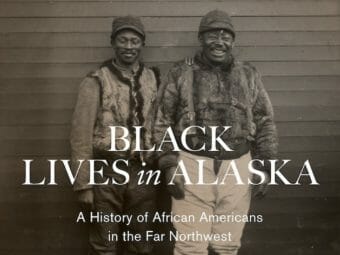