A highly contagious form of avian influenza was found in a Kodiak brown bear cub. It’s one of only four mammals in Alaska known to have contracted the virus, and the first brown bear to be found with the disease.

A deer hunter found the cub’s carcass on Nov. 26 about half a mile from the road near the Pasagshak State Recreational Site in Kodiak and reported it to the Alaska Department of Fish and Game. A necropsy later determined the cub died of a strain of avian influenza that has plagued both feral and domestic flocks across the country.

Dr. Kimberlee Beckmen, a wildlife veterinarian for the Fish and Game, says the virus doesn’t spread between mammals, but it can affect scavengers like Kodiak brown bears.

The virus has ravaged bird populations across the nation, but especially waterfowl.

“It’s a virus that’s carried by waterfowl normally, and not every bird gets sick,” said Beckmen. “But certain species are more susceptible — and we’ve been seeing this outbreak mainly hit birds like eagles and ravens, and other birds that scavenge on dead birds.”

The virus hasn’t been widespread in mammals, and Beckmen said it’s not much of a threat to humans.

“In the world there’s only been three people that have had the virus, and the one in the U.S. wasn’t even sick from it,” she said.

While there have been no cases of domestic pets such as cats or dogs infected with the virus, Beckmen warns they could be at risk while swimming or while retrieving hunted game.

“The risks that I perceive for dogs would mainly be for retrievers if they’re used to retrieve waterfowl, or if they’re taken out and swum in a lake or a pond that’s highly contaminated with waterfowl droppings,” she said.

Nate Svoboda is Fish and Game’s Kodiak area wildlife biologist. He says wetland areas near rivers and streams are most likely where waterfowl and other animals can get infected.

“Anywhere where waterfowl congregate would be an area that is probably more likely to experience the sort of outbreak or have birds that might have died from this,” said Svoboda.

The biologist said some of the most reliable signs of infection would be an animal stumbling around or walking in circles.

“For example, the cub that was found in the Southeast that also suffered from bird flu, the people who reported it said it appeared drunk,” he said.

Other signs of infection are dead animals with no obvious cause of death such as predation. Svoboda said the best thing the public can do is to keep an eye out and report suspicious animal behavior and deaths to Fish and Game.

“If animals start dying for an unknown reason, let us know you know, even if it’s domestic poultry, that comes up dead, you know, that would be valuable for us to know and potentially test them for the virus,” he said. 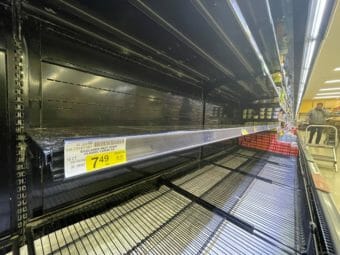 Even large grocery chains like Fred Meyer are limiting how many cartons of eggs people can buy. 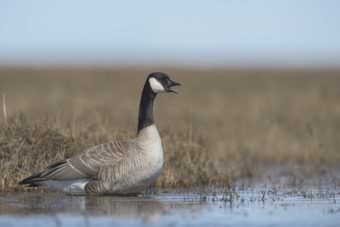 State Veterinarian Dr. Bob Gerlach says the main concerns in Alaska are for backyard flocks and for the wild birds that are a food source for many Alaskans. 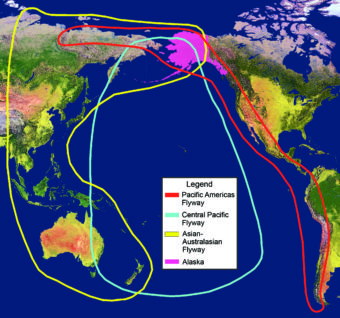 A lethal strain of bird flu is wreaking havoc in the Lower 48, and a remote spot in Southwest Alaska may hold some clues.